Week 7: What does discipleship mean at HOPE? 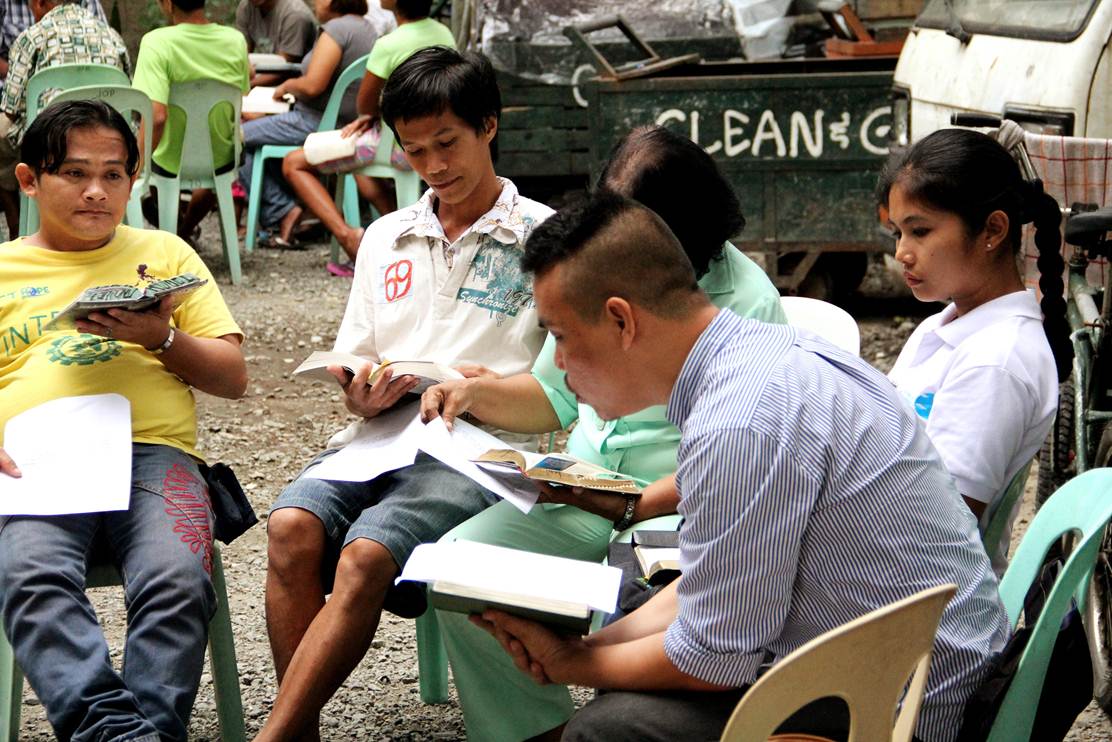 My 8-year-old son loves to put things together—Legos, rockets, robots, planes, you name it. Bonus points if the project has the potential to blow up or threaten your family’s physical safety. While danger seems to be its own reward, what he really loves is dreaming about the finished product and following a plan to turn that dream into concrete reality.

At HOPE, our dream is to see the Kingdom of God come in its fullness in some of the most difficult environments in our world. We long to see as many people as possible find their soul’s satisfaction in Christ and become dignified, hope-filled change agents in their families and communities. But how do we practically go about integrating faith with finance?

Discerning the right approach to disciple-making is challenging because Jesus did not prescribe a step-by-step process. But we’ve found that without a model, confusion abounds and intentionality suffers. So we think of models as bones in the body: The bones don’t bring life, but they provide structure for the vital organs that do.

So what is HOPE’s model? In every program: 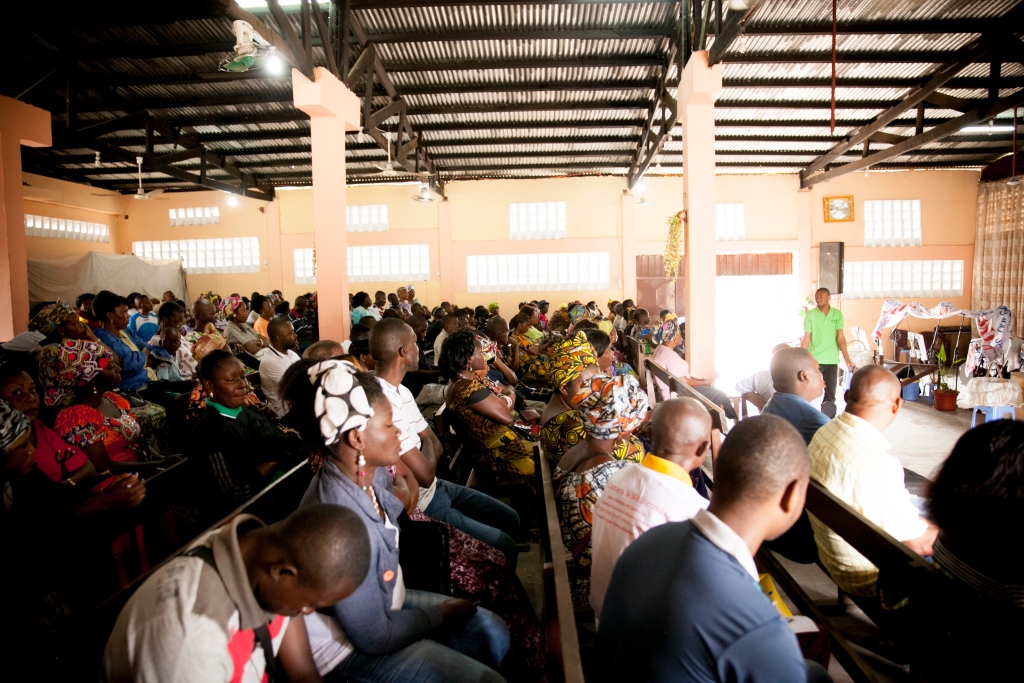 This week, I’ve our spiritual integration associate, to address a key element of our efforts to keep Christ central: prayer.

“We can’t do this alone.” As I sat around the table discussing discipleship strategies with field leaders whom I deeply respect, I could not escape this thought. Despite all the practical experience and cultural understanding in the room, despite all the studying of best practices, it was evident that we are not capable of bringing about transformation out of our own strength or knowledge. We are completely dependent on the Lord’s love, wisdom, and transforming power.

We are on a journey here at HOPE. A journey closer into the heart of God as we encounter Him more deeply. A journey to become an increasingly prayerful organization, often learning from our clients themselves what it means to truly live dependent on the Lord day by day.

As we go to our Father in prayer, we always want to reflect the following heart of prayer:

END_OF_DOCUMENT_TOKEN_TO_BE_REPLACED

Week 5: Why our goal can’t be conversions

This month marks the 20th anniversary of the Rwandan genocide. As I reflect on these statistics, I can’t help but question: How do people who know the Gospel and regularly attend church take up machetes against their brothers and sisters in Christ?

This question has haunted me over the years, and I sought an answer from HOPE’s country director for the Rwanda SCA program, Erisa Mutabazi. In addition to his duties with HOPE, Erisa has served as an ordained pastor in the Anglican Church for almost three decades. He shared:

An important movement called the East Africa Revival began in Rwanda in 1929. It spread to Uganda, Tanzania, and Kenya during the 1930s and 1940s. The preachers’ message focused on the severity of sin and the need for individuals to confess their sins publicly. The revival contributed to the significant growth of the church in East Africa in the 1940s through the 1970s.

However, what is extremely perplexing is that genocide was possible in Rwanda with such a large “Christian” population. How could true followers of Jesus do this to one another? I have concluded that the idea of being a Christian at that time did not mean living as a disciple who was called to a completely new life in Christ (2 Cor. 5:17).

This problem of conversions without discipleship is by no means unique to Rwanda. The country has come a long way in the past 20 years, and the local church has witnessed incredible stories of reconciliation through programs like HOPE’s savings and credit associations. But the fact that people often “convert” to Christianity without surrendering their lives to Christ compels HOPE to pursue nothing short of full discipleship in our spiritual integration efforts.

So what did Jesus say about what disciples should be and do?
END_OF_DOCUMENT_TOKEN_TO_BE_REPLACED

I was a bit nervous. Not the “please, Lord, don’t let my voice crack” kind of nervousness I battled in high school speech class (thank you, Miss Kowatch, for not laughing). This nervousness came because I knew the discussion at hand would be challenging. Maybe contentious.

I was meeting with the leaders of another organization to discuss spiritual impact. Their mission statement explicitly identified the goal of achieving spiritual transformation in the lives of those they served, but in both strategy and day-to-day execution, there was little agreement about what this actually meant. I was invited in for a day to ask questions and share ideas.

Later, it hit me at a new level how easy it is for us to desire to reach others spiritually without having a clear, unified definition of success from the Lord. Whether because of differing definitions of transformation or the challenge of measuring spiritual impact, organizations can default to the unspoken idea that if we do a lot of “spiritual stuff,” spiritual change will undoubtedly follow.

END_OF_DOCUMENT_TOKEN_TO_BE_REPLACED

As part of our HOPE Rising advocacy initiative, I was recently asked to answer the question, “How does HOPE integrate faith into its programs?” This is an important question that is at the heart of HOPE’s mission. The above video explains our commitment to Christ-centeredness and outlines how we approach spiritual integration in practice. If you have any questions or comments, please feel free to post them in the comments section below. Thanks!

Let’s face it: Christ-centered poverty alleviation attracts a can-do, action-oriented crowd. If you are reading this blog, chances are you’re the kind of person who believes that following Christ comes with responsibilities for the “here and now.” You believe in a world that can be more just, and you take seriously the call to be ambassadors for Christ. At HOPE, these convictions are a driving force behind our mission of “investing in the dreams of the poor as we proclaim and live the Gospel in the world’s underserved communities.”

Coming from the right foundation, these intentions to act as agents of reconciliation are good and God-honoring. But as our president and CEO, Peter Greer, explained in The Spiritual Danger of Doing Good, a misplaced desire to accomplish things for God can lead to soul-damaging consequences, both for those we serve and for us.

A few years ago, Gordon MacDonald wrote a helpful article titled “The Dangers of Missionalism.” In it, he defines missionalism as “the belief that the worth of one’s life is determined by the achievement of a grand objective.” The key idea here is “worth.” Now most of us know better than to say that we should base our worth on what we do for God, but that doesn’t always make it easy to avoid this subtle trap.