Reunited: Job Creation Brings a Family Together in the Philippines 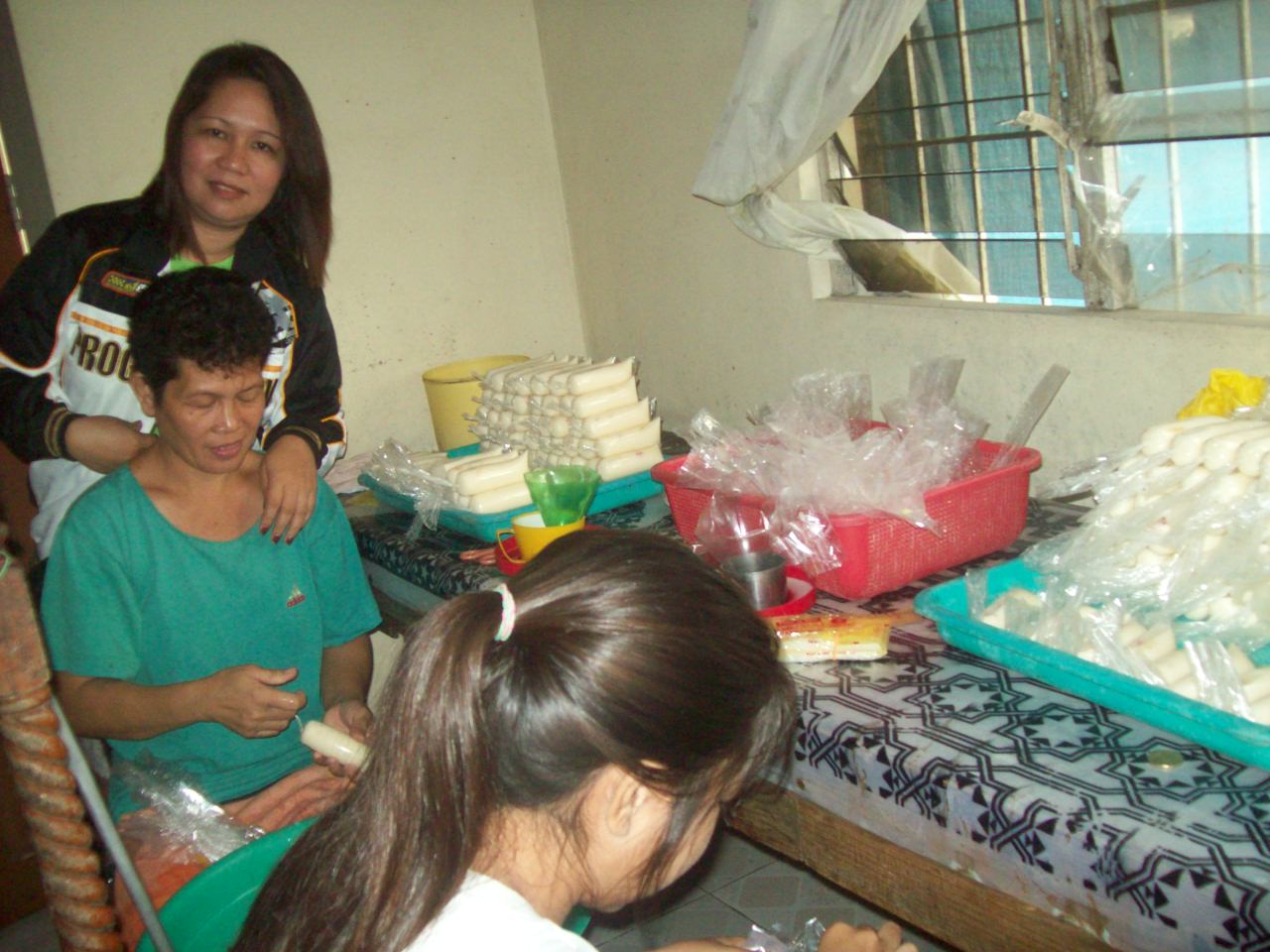 When Emalinda Ramos acquired “Kim Joy’s Buko Juice” from a relative 12 years ago, the business was struggling. With a background in marketing, Emalinda quickly uncovered a weakness in the company’s strategy: They were transporting the buko juice—or coconut water, a popular beverage in the Philippines—to distant markets, where significant competition drove down prices. Instead, Emalinda began to think creatively about opportunities that existed closer to home.

She contacted the owners of local factories and arranged to sell the buko juice in their cafeterias, where workers came to enjoy a mid-morning break or to eat lunch. It quickly became popular among the Japanese, Korean, and Taiwanese managers, who were familiar with its health benefits. To meet increasing demand, Emalinda sought a loan from the Center for Community Transformation, HOPE’s partner in the Philippines, to purchase more coconut, sugar, and plastic cups in which to serve her juice.

As the business grew, Emalinda continued to look for ways to increase productivity. The juice used only part of the coconut, and while she was able to give some of the unused coconut meat to neighbors or local piggeries, most was discarded. To avoid this waste, Emalinda began selling buko salad, a popular dessert in the Philippines made from coconut meat. And because the salad was difficult to eat without silverware, Emalinda invented a frozen buko salad that could be eaten much like a popsicle. In 2007, Emalinda sought a larger loan from CCT to buy a truck, which she uses to transport fresh, whole coconuts more than 50 miles from the farms of Batangas to the markets of metro Manila.

For Emalinda and her husband, one of the biggest blessings of the loans has been the ability to reunite their family. Because of limited employment opportunities in the Philippines, her husband had joined the many Filipinos seeking work in other countries in order to support their family. Thanks to Emalinda’s business growth, he was able to return home from Saudi Arabia and play a more active role in raising their three children.

Today Emalinda employs seven workers in addition to her husband. Her school-age children are receiving an education, as are her employees’ children. Emalinda strives to honor God in her business, closing each Sunday. “I want myself and the workers to have time for God,” Emalinda explains. “I can see God moving in my life, and I want the workers to also experience this.”