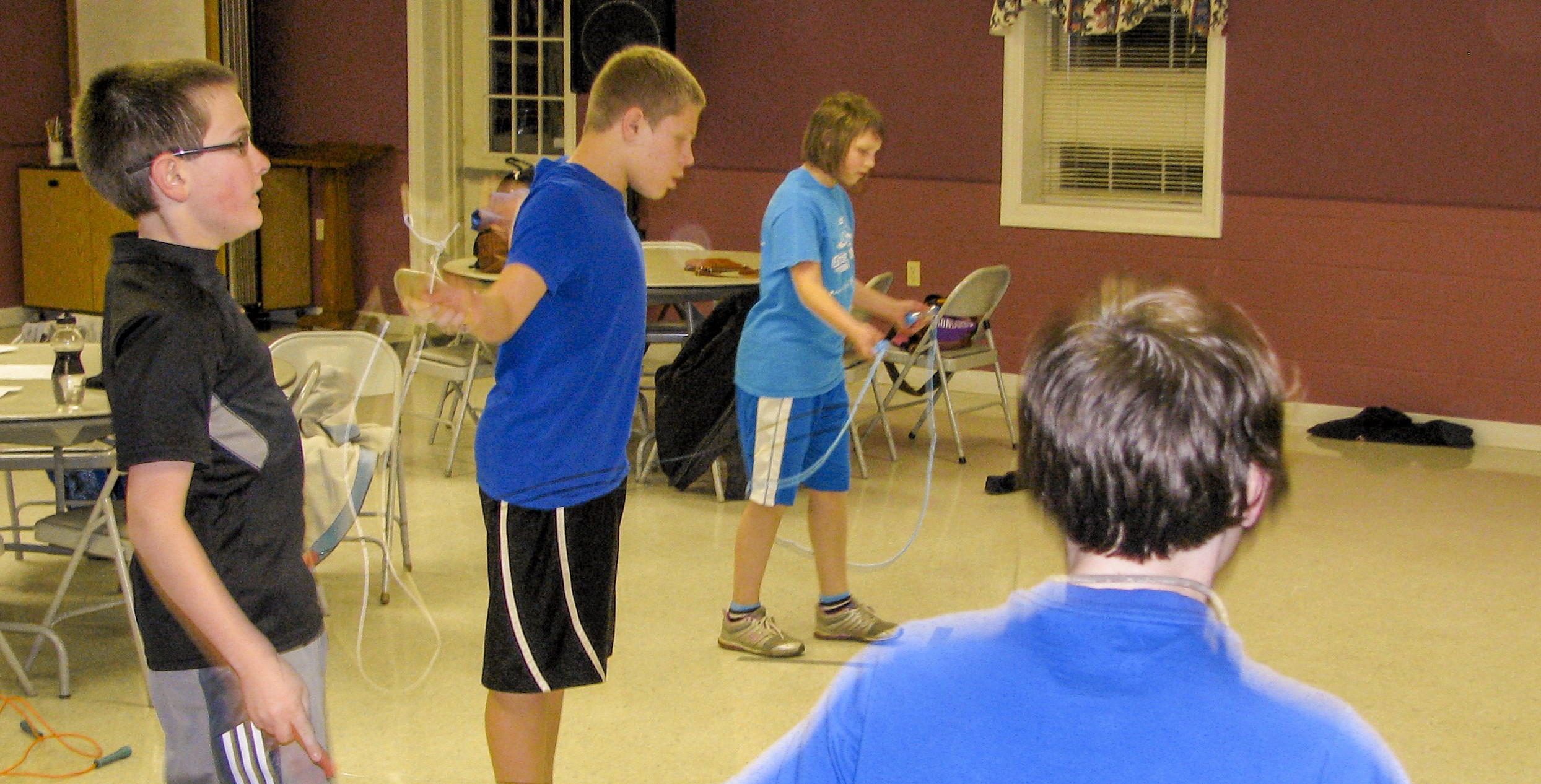 At the end of February, eight members of the Mountville Mennonite Church middle school youth group set out to make a difference through a “Jump Rope for HOPE” jump-a-thon. The group was motivated by a visit to HOPE’s Pathways out of Poverty exhibit in the fall of 2012. Located at HOPE’s headquarters in Lancaster, Pennsylvania, Pathways provides a multisensory look at the stories of eight individuals living in poverty around the world and invites participants to respond.

Members of the youth group were profoundly moved by this exhibit: “They wanted to help, to make a difference, to do something with the knowledge that they had just received. That’s where the energy came to do a fundraiser for HOPE,” says Mike Metzler, associate pastor for youth, who led the event. During the jump-a-thon, each teen completed six jump rope stations with five minutes per station—a total of 30 minutes of jumping. As a result of their hard work and the generous sponsorship of Mountville Mennonite members, the group raised $1,250.

“I enjoyed watching the youth engage with this event and saw God at work as we raised $1,250 for the ongoing work of HOPE!” says Mike. Lauren Hartzler, a member of the youth group, was thrilled by what the group’s efforts accomplished: “I thought that jumping rope for HOPE was a great activity, because something as simple as jumping rope could make a difference in someone else’s life.” Adds Nicholas Kanagy, another participant, “It was fun, because in the end I knew that I was helping other people who needed it!”