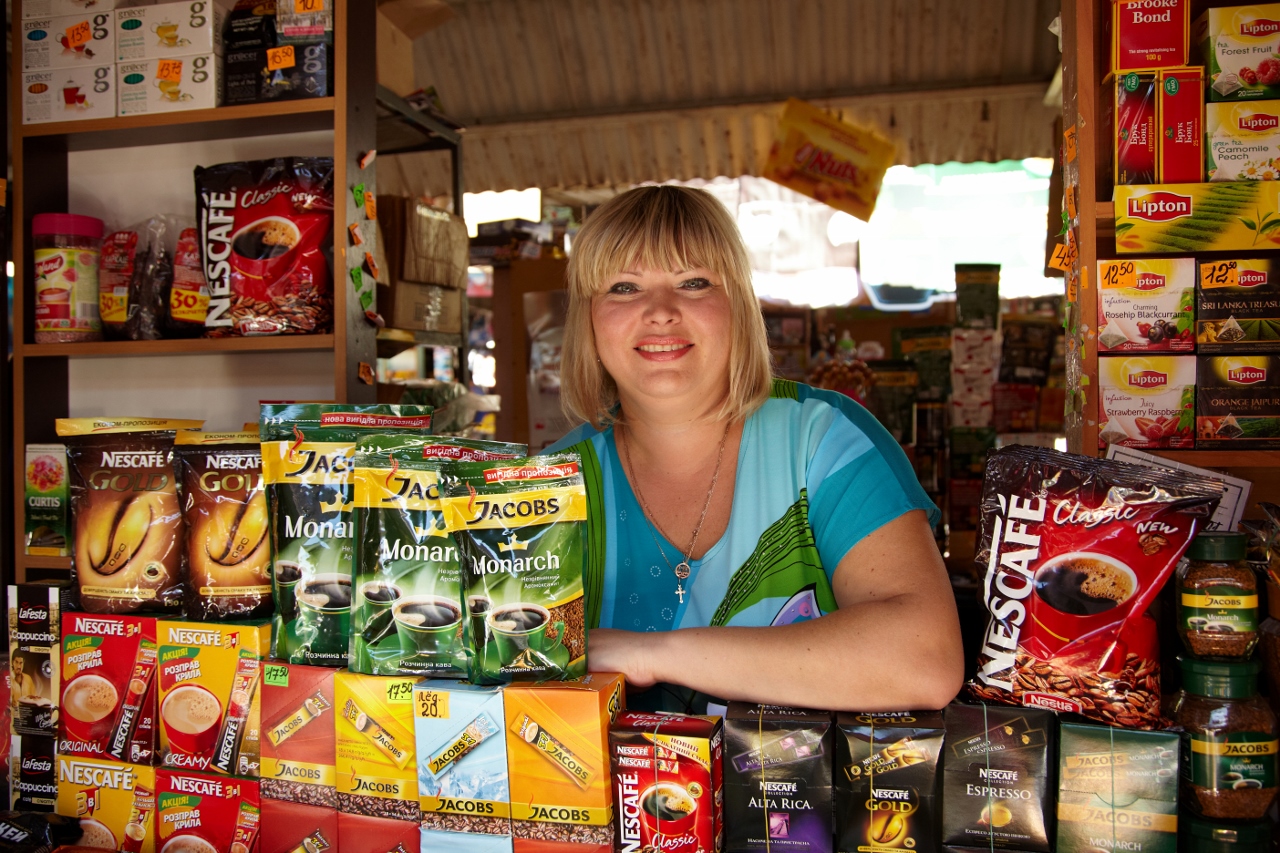 We’ve also seen the importance of spiritual transformation. Financial growth alone—especially in an environment of mistrust and ambiguity—cannot bring lasting transformation. It’s why we pray for our clients; share the Gospel with them; and rejoice with clients like Maria, another market vendor, when they accept Christ and begin living as a new creation. It’s why HOPE Ukraine gives a part of its profits to support Tomorrow Clubs, which currently reaches over 12,500 Ukrainian children with the Gospel.

I’d ask you to join us in praying for Ukraine. Pray for safety for our staff and clients during this unrest. Pray that violence does not erupt, that both sides would respond peacefully. Pray that recent assurances by Ukraine’s leaders would bear fruit and bring peace. Pray for long-term stability for the country and all those who live there. Pray that God’s presence would be made known through the controversy. And pray that Ukraine would be a country in which clients like Oksana and Maria can confidently dream for the future.

Erin has served as a writer with HOPE since 2009. She loves the dignity with which HOPE shares stories, and she is always thrilled to travel to the field and hear those stories firsthand.