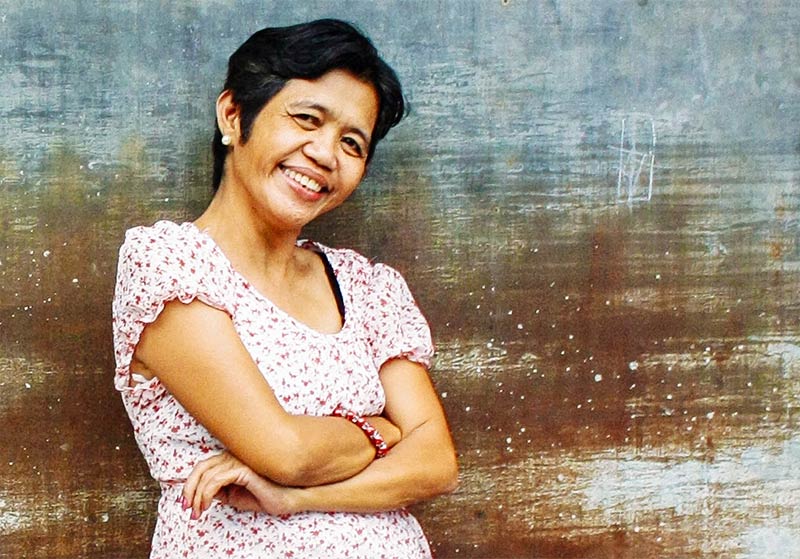 Though she’s small in stature, Dolorosa Santos is a giant in her passion for serving the Lord through business. The owner of a variety of enterprises in bustling Quezon City, the Philippines, Dolorosa dreams of providing employment within her community—and of using her work to share God’s love with others.

Dolorosa owned several businesses by the time she took out her first loan in 2005 from the Center for Community Transformation (CCT), HOPE’s partner. Her sari-sari (convenience) store provided neighbors everything from toiletries to soy sauce, eggs, and shoe polish. Dolorosa also owned a motorcycle and attached sidecar, a common form of transportation known as a tricycle, which she rented to drivers so they could earn an income providing taxi services.

Ever an entrepreneur, Dolorosa used loans from CCT to expand. She bought additional tricycles, growing her fleet to six. Realizing that tricycles were in constant need of repair because of the poor quality of the roads, she began selling spare parts. Dolorosa also noticed that her neighborhood supports several thriving sari-sari stores, creating an opportunity to supply other shops at wholesale prices. 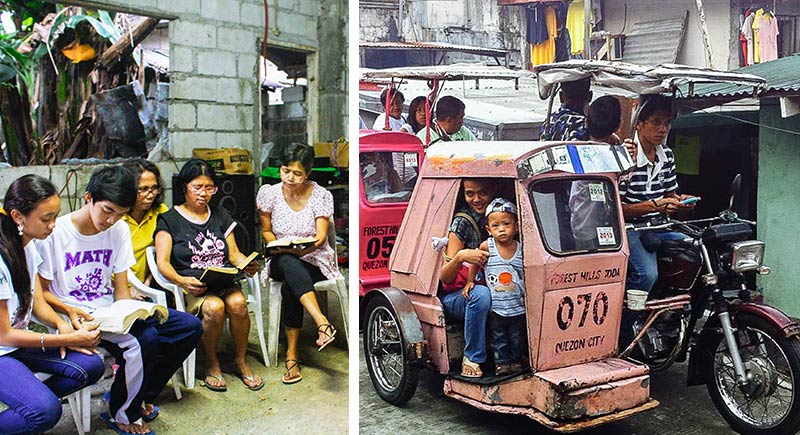 Dolorosa’s steadier income has given her family a more stable life. They can pay their bills on time, and they’ve moved from a tiny wooden shack into a two-story concrete home. Dolorosa’s oldest son has graduated from college, and she has no doubt her other three children will also be able to attend. She adds, “The Lord has blessed us beyond what I ever hoped for!”

As Dolorosa participated in Bible study and leadership training with CCT, she also grew passionate about using her businesses to share the Good News. Two years ago, Dolorosa came up with a creative idea: She offered her drivers a 50 percent discount to rent her tricycles on Sundays if they attended church. Skeptical, her drivers—several of whom were addicted to alcohol, drugs, or gambling—agreed.

Today, all six of the men, along with several of their family members, have come to know Christ and have left their former lifestyles behind. Dolorosa even bought a van to help transport those without vehicles. Each Sunday, a convoy of six tricycles and one van carries about 40 people to church.

An answer to prayer

Despite these incredible stories, Dolorosa was still waiting for an answer to her most earnest prayer: that her husband, Valentino, would come to know the Lord. For six years, she faithfully prayed and showed him God’s love. Finally, just last September, her prayers were answered when Valentino accepted Christ, and he now attends church with her each week.

Now, Dolorosa’s dreams are focused on her community: “My most fervent dreams are no longer for myself. … I want to be able to create jobs for others, because I believe it is easier to lead individuals to Jesus Christ when their stomachs are not empty.” A giant in her faith and entrepreneurship, Dolorosa is a model of viewing her businesses as a mission—providing dignified employment and introducing others to Christ.