Leaps of faith and loads of laundry 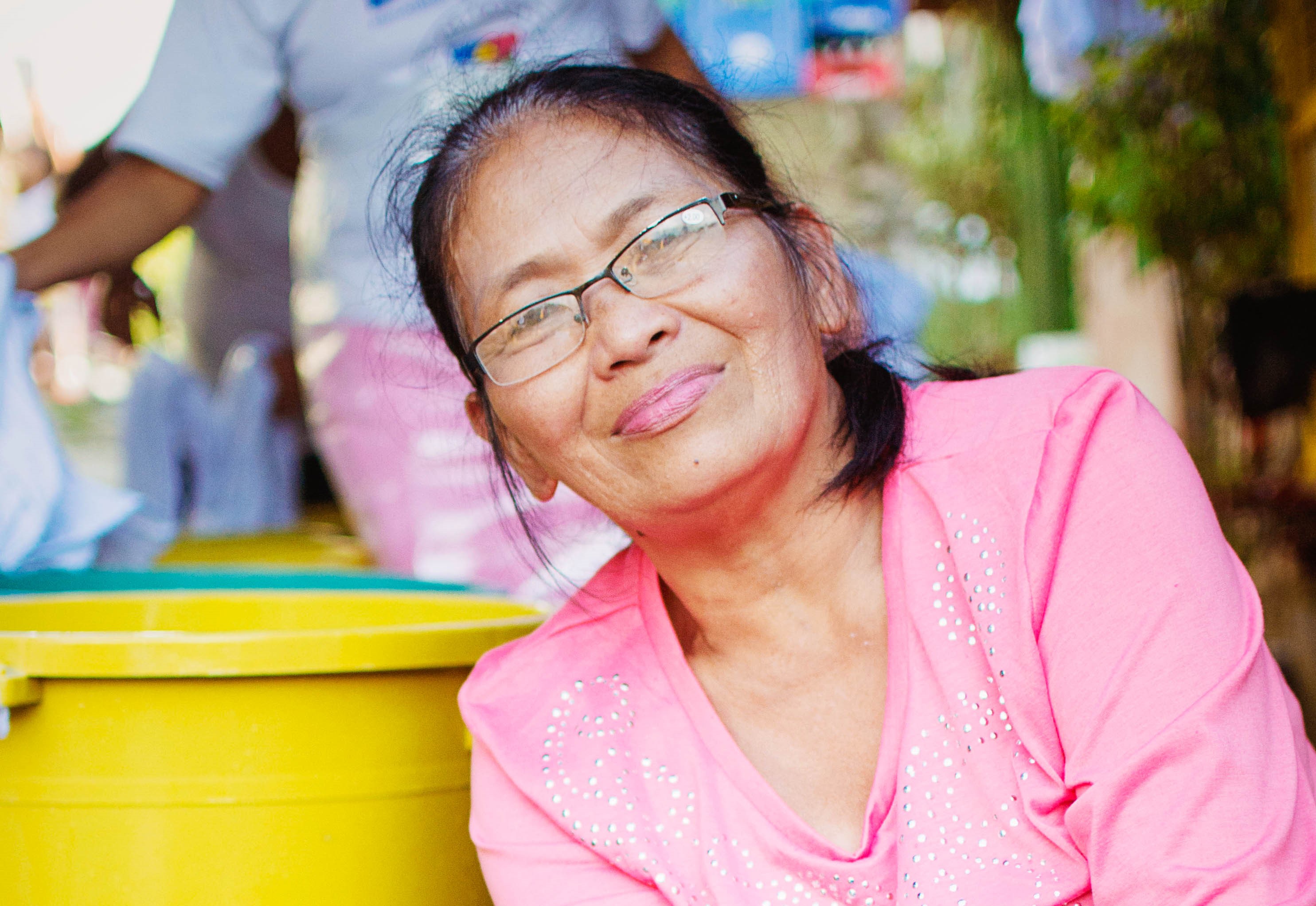 Each year, HOPE celebrates clients who demonstrate HOPE’s values of perseverance, compassion, character, and creativity by announcing the Thurman Award. Established in honor of HOPE’s first CEO and his wife, the Thurman Award celebrates clients who have not only experienced change in their own lives but have also extended that transformation to others in their community. We’re excited to share the story of Digna, this year’s honorable mention from Asia!

It took three visits from a savings facilitator before Digna Nibay was convinced to join a savings group through the Center for Community Transformation (CCT), HOPE’s partner in the Philippines. She says she had never before saved a single centavo, and it took some persuading to convince the mother of six that she could. Digna and her husband had a combined income of just over $13 a day, which barely covered food, water, electricity, transportation to work, and school expenses for the couple’s children. When income fluctuations disrupted the family’s day-to-day life, Digna was forced to borrow small sums from neighbors or relatives to cover everyday expenses. These experiences showed her the benefit of personal savings: Digna just needed to create some margin to save.

When Digna agreed to join the group, she was committed, and she became not only a member but the group’s president. Saving was a challenge, and a number of the group’s initial members dropped out during the first round—but those who persisted remarkably saved over $150 each by the end of the first year. As her community saw the outcome, Digna’s group began to gain momentum, tripling in size by its second year. Now in its fourth year-long cycle, each group member saves $5.60 a week.

For most of her adult life, Digna worked in the laundry industry, a bustling business in the tourist community of Tagaytay, where she lives. After just a year in the savings group, Digna took a leap of faith and launched her own laundry business. A year later, she led her group into a joint business venture—beginning a laundry business that serves a large retreat center nearby. The business has created 44 jobs for washers, ironers, and delivery workers. Though Digna could have hired employees and kept more profits for herself, she instead invited group members to be co-owners, evidencing her generous spirit.  “When blessings come my way, I want to share them,” she says.

Digna urges the group to work with excellence, and many have found a sense of community and purpose in working together. In the past, Digna explains that many in the neighborhood would begin drinking, gambling, or even fighting by sundown. These problems have dramatically decreased as group members have become engaged in the business and grown in their knowledge of the Gospel through CCT’s Christ-centered services. About a third of the group now spends their Friday evenings at a Bible study run by a local pastor. The group cares for members who fall ill and finds work for those who lose jobs. Because of their example, almost everyone in their neighborhood has joined a group, and even their children are saving. CCT staff say Digna has been instrumental in beginning two additional savings groups and anticipates helping form a third.

For Digna, the savings groups have been an answer to her prayers, not only for financial provision but also for a way to introduce her family to Christ. Today, many in her extended family have joined savings groups, where they are learning how to study the Bible, pray, and understand the Gospel. Digna marvels at what God has done and praises Him for answering her prayers through these savings groups.

This is the confidence we have in approaching God: that if we ask anything according to his will, he hears us. ~1 John 5:14