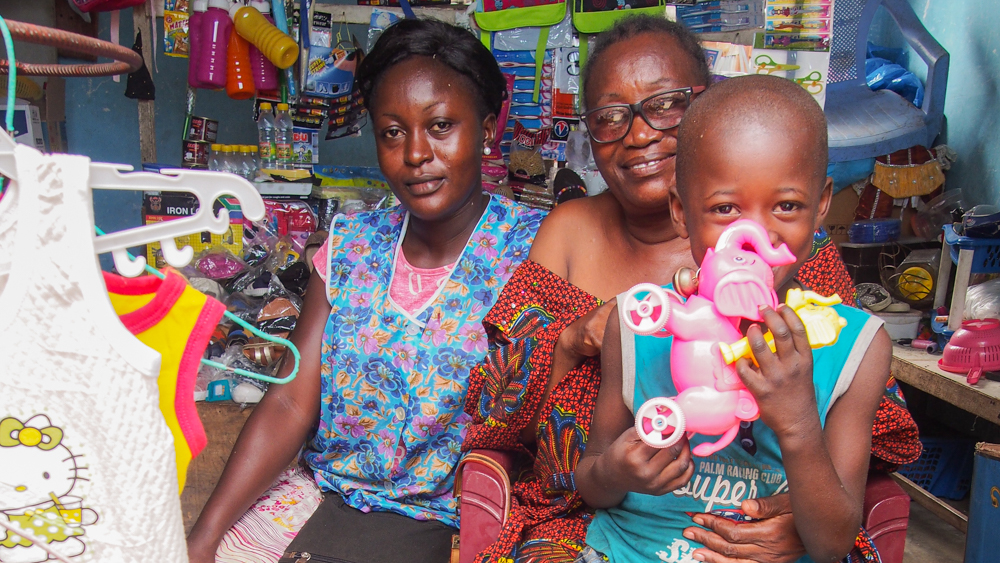 Nicole Kinzonzi’s generosity ripples throughout her community in the Republic of Congo.

When a neighbor said she was going to a loan shark, Nicole referred her to HOPE Congo instead. When Nicole saw that another neighbor’s child had been out of school for a year, she paid the $15 needed to get the child back in school. When Nicole’s church couldn’t afford its water bill—$21 a month—she made the payments.

I spoke to God, saying, ‘Lord, you have blessed me so much I have to pay for the water bill for your house.’”

Ten years ago, Nicole might not have dreamed such generosity was possible. “Before, my business could not help my family,” shares Nicole, “but thanks to HOPE, I became a businesswoman.” 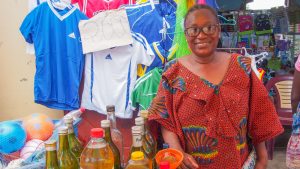 As a testament to her wise stewardship and faithful loan repayments, Nicole’s loan size has quadrupled in those 10 years, from $421 to $1,687. After investing her first three loans in her clothing store, Nicole used her fourth and fifth to expand into basic foodstuffs like rice, beans, and powdered milk—staples her customers had requested. With her eighth loan, she bought a plot of land, investing $839 of her own savings—almost double her initial loan size—in addition to the loan.

Beyond these improvements, Nicole says that the prayer and Bible study HOPE Congo facilitates in her repayment group have helped her integrate her faith into her business:

Before, I thought we could not associate God with money, but now I’ve learned to entrust my business to God’s hands.”

Pray with us for women like Nicole around the world through this three-minute video.