News Working with the poor

HOPE is partnering with Acta Non Verba – Zimbabwe to bring saving circles to the people of Zimbabwe. Using the expertise we’ve gained implementing savings programs in places like Rwanda, HOPE provides training and ongoing technical support to local implementers. In this excerpt from ANVZ’s blog, founder Kathy Paukune shares the story of how the nonprofit got its start.

When we landed in Harare, Zimbabwe, for the first time three years ago, we had no idea what to expect. But nothing could have prepared us for what we saw. Zimbabwe, formerly called the “breadbasket of Africa” because of its successful farming industry, has become a skeleton of its former glory, swept clean of its natural and man-produced bounty. 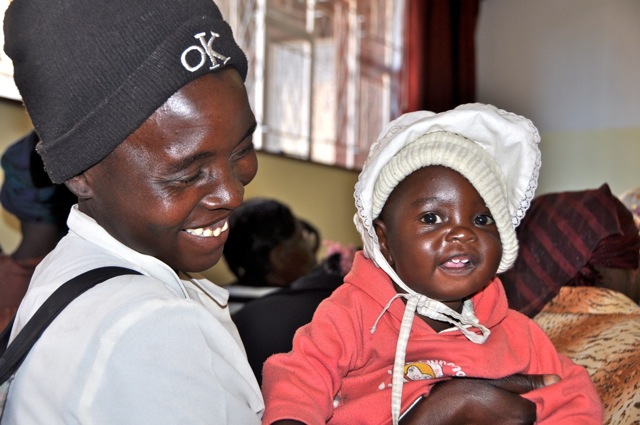 As we drove through downtown, we gazed out the windows at office buildings and department stores that could have been in any town—the center of commerce. Only here the commerce is on the street. The buildings are boarded up and the shelves are empty—no food, no clothes, no merchandise.

As Pastor John Bell (our host for the trip) explained, after Mugabe’s (the President of Zimbabwe) land reallocation program (white farms were given to military veterans—or his supporters), the economy went into a downward spiral, creating an inflation rate that has yet to be matched in world history. Before Zimbabwe adopted the U.S. dollar and South African rand, the Zimbabwean currency included a hundred trillion dollar note. What this meant in practical terms is that to make a trip to the grocery store, you had to bring your cash in shopping bags.

And so the black market thrived and the poor began to starve. At the pinnacle of financial devastation in 2008, the rural poor were surviving on tree roots—if they survived.

As we drove through the neighborhood where Pastor Bell lives, he pointed out the giant heaps of trash that have been accumulating at the end of the streets. “The government can’t afford to pay the garbage collectors, so there it sits.” … No trash pickup. And no drinking water; the city water is contaminated and so people have dug bore holes in their backyards so they have water to bathe and cook with. They have gardens next to their swing sets so they can eat. And they have battery-operated push lights stuck on their walls so they can see. …

A few nights before we left to go to Zimbabwe, I had asked my husband what was really behind this trip—his idea to go to Zimbabwe. He told me God had just impressed on him that someone in Zimbabwe needed to know that He loved them and hadn’t forgotten them. Well—how do you argue with that?

After that initial trip, we were not sure at all how to move forward—how to effect change. After a few months of prayer and research on nonprofit opportunities in Zimbabwe, it became clear that God was calling us to start an organization that would include all aspects of the gospel—spiritual, physical, and financial. Hence, Acta Non Verba – Zimbabwe, which means “actions not words.”

The purpose of ANVZ was, and is, to develop a Christian microfinance program so that the poorest of the poor have access to capital to unleash their gifts and dreams and then put them to use to support themselves and their families. … Christian microfinance has the power to change not just individuals, but generations, communities, countries.

ANVZ is in partnership with HOPE International, a Christian microfinance organization. They have a historical 96 percent success rate of loan repayments. Currently in Zimbabwe, a Savings and Credit Association program has been established, which is the first step in microfinance. To date, three trainings have been held, and multiple groups have been formed since the first training in late March. By next March, 1,000 people are projected to participate in the program.

Along with the microfinance program, ANVZ also supports feeding programs for children, mainly orphans (over 25 percent of Zimbabwean children are orphans). Also, ANVZ allocates funds for school fees (public education in Zimbabwe is not free) as we believe that education is essential in breaking the cycle of poverty. …

In Zimbabwe, you see great need—it’s a bit overwhelming. But we are confident He didn’t lead us there only to show us the despair—but to show us the possibility. God is on the move in Zimbabwe—what a thrill to be a part of His ride!