In Recognition of World AIDS Day

…we are reposting Henri’s* story, which we first shared in 2008. An HIV-positive Haitian living in the Dominican Republic, Henri turned several loans from Esperanza, HOPE’s partner in the D.R., into new opportunities for himself and his family. 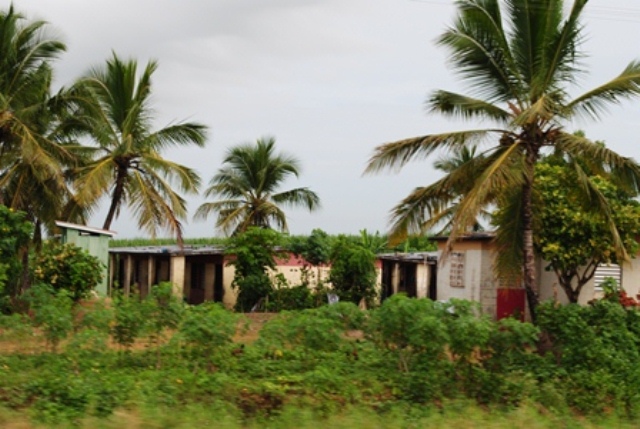 Statistics suggest that 1 in every 100 Dominicans is HIV-positive. In the largely Haitian-occupied sugarcane plantations, or bateys, that are common to the island, the percentage grows increasingly dismal, with estimates ranging from 5 to 12 of every 100 residents. What statistics cannot capture is the despair and fear that come with the diagnosis and spread like an epidemic to family members and friends of infected individuals. When Henri, who lives in a batey community on the Dominican Republic’s northern coast, first learned that he had contracted the virus 10 years ago, he grew increasingly alone. His neighbors rejected him, he and his wife eventually separated, and the couple’s three children stayed with their mother.

Five years later, Henri’s wife passed away, leaving their children orphaned and alone. Because of his faith in God, Henri recognized his responsibility to these children and took them in, though, within his community, abdicating his fatherly responsibilities would have been accepted and understood. Henri’s status as an HIV-positive Haitian left him a victim of great discrimination and stigma, without a steady source of income. Though he tried to provide for his children, they were sick and frail from malnourishment. He could not send them to school because there was no money for pencils, notebooks, and uniforms.

Through a loan from Esperanza International, HOPE’s partner in the Dominican Republic, he built a business in his home selling basic items like rice, flour, and vegetables. The business grew steadily with additional capital infusions, and his ability to feed and provide for his children grew concurrently. After receiving four loans for his convenience store, Henri decided to begin selling used clothing and shoes on the streets because this form of employment allowed him more time to interact with and raise his children. It also gave him more time for a cause that is close to his heart: providing counseling at a local clinic for those who have recently been diagnosed as HIV-positive.

Henri says that his status as a business owner has helped him gain respect in the community. Through his connection to Esperanza, Henri has also gained access to the antiretroviral drugs that he needs to keep the virus at bay. Thanks to regular medical treatment and a positive outlook on life, Henri leads a very normal and productive life. This summer he married an HIV-negative woman and became stepfather to her three children.

His wife and stepchildren are a great help in his business, and with his next loan he will be able to reopen his convenience store with their assistance. He now volunteers four days a week at the clinic, helping other men and women confront the difficult diagnosis that could so easily become a death sentence if they fail to acknowledge the disease and seek appropriate treatment.

With six children and a wife to care for, money is still extremely tight for Henri. He prays constantly for God’s guidance and help in providing for his family, but he has also experienced God’s faithfulness in the past and His grace through the loan officer who treated him as an equal when others slighted him for his race or his disease. As a father, provider, counselor, new husband, and business owner, Henri faces the future with joy.