A History of HOPE in Latin America

HOPE’s initial expansion into Latin America came in 2005 when we entered into partnership with Esperanza International to work in the Dominican Republic. Building on the success of this model, HOPE and Esperanza joined forces to begin work in Haiti in 2006. Our Savings and Credit Associations in Peru are our newest program, bringing our country count to 16. Read on for a quick overview of our work in each Latin American country. 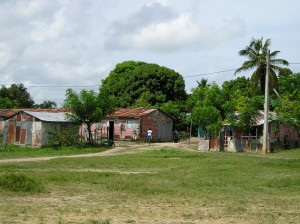 HOPE in the D.R.: HOPE works to improve the quality of life in the Dominican Republic in partnership with Esperanza International, providing small loans, biblically based business training, and complementary services such as literacy training and preventive health care. Addressing the gap between male and female employment in the D.R.’s formal sector, 89 percent of Esperanza’s clients in the D.R. are women. As many as 40 percent of the clients served in the Dominican Republic are of Haitian descent, as Esperanza has also targeted this marginalized group. 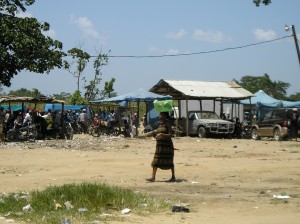 Background: Known as the poorest country in the Western Hemisphere, Haiti continues to rebuild after suffering a massive earthquake two years ago. Six hundred thousand Haitians—roughly the population of Washington, D.C.—remain homeless after the earthquake, and despite strong prevention efforts, cholera has infected over 500,000 people. Roughly two-thirds of Haiti’s population does not have formal employment.

HOPE in Haiti: With soaring unemployment rates, small business development is vital for Haiti’s future economic success. HOPE has partnered with Esperanza International to conduct our microenterprise development ministry in Haiti. Additionally, we work in partnership with the Anabaptist Foundation to implement Savings and Credit Associations for clients who are not yet ready to borrow but who can benefit from saving small sums of their own money. This relatively new program is already reaching over 1,000 savers, who have accumulated nearly $50,000. The early success of this program has led to expansion into other parts of Haiti. 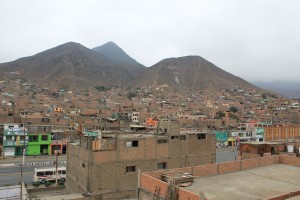 Background: In 2011, Peru’s economy was identified as one of the world’s fastest growing, thanks in large part to foreign investors interested in the country’s significant mineral wealth. Nevertheless, nearly one-third of the population lives in poverty, and many of Peru’s poorest oppose foreign extraction of the country’s resources, which may result in pollution and shortages of clean water without contributing to an overall decline in poverty.

HOPE in Peru: HOPE works in Comas, Peru, a rapidly growing shantytown outside the capital city of Lima. In a 2005 census, Comas’ population numbered 500,000, while estimates suggest the current population numbers 5 million as the rural poor continue to flock to the city. The poor in this area have an average monthly household income of $150. HOPE initiated Savings and Credit Associations in Comas in September 2011, partnering with the Locker Room and the Christian and Missionary Alliance Church of Comas. Within the first year, the program should reach 900 savers.

Your support can expand HOPE’s work in Latin America! To bring hope and opportunity to the Dominican Republic, Haiti, and Peru, donate now.