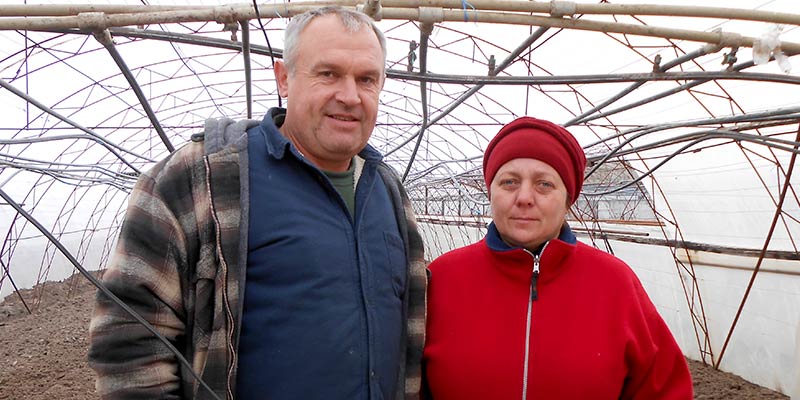 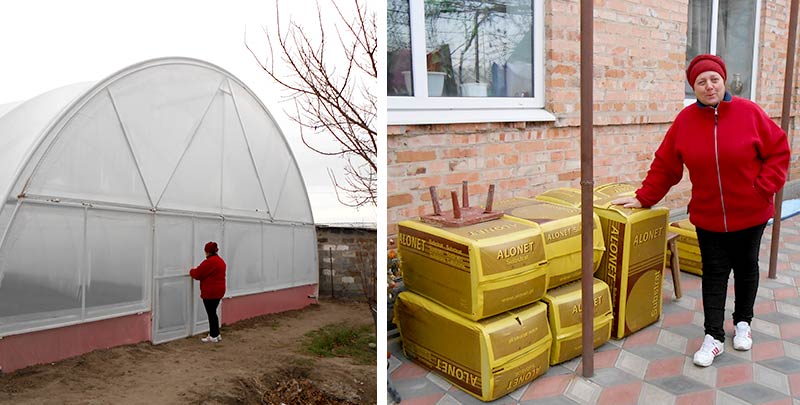 When work dried up at her husband’s job, Elena contacted HOPE Ukraine for a small loan to purchase coal to heat her greenhouse, materials to improve it, and seeds and peat to grow the tomatoes. The timely access to credit helped smooth her family’s income and facilitated investment in future harvests. Elena partnered with HOPE Ukraine four times to grow her business, receiving loans from $1,250 to $3,750 and building relationships with HOPE’s staff.

God worked through HOPE not only to grow her business but also to answer her prayer to learn more about Christ. Elena borrowed Christian materials available at the office and engaged staff in theological discussions. “I did not even think when I took loans, books, and CDs in the office that this is one of the ways of God to turn our hearts to Him,” she says.

Elena and her husband were baptized earlier this year—a testimony to the spiritual growth they’ve experienced. Their business, too, is flourishing, with four greenhouses and additional plots of land prepared for future growth. “[Elena] and her husband have great influence among their relatives and friends,” says Elena’s loan officer. “People see how their lives have changed.”