Regaining a farm, rekindling a vision 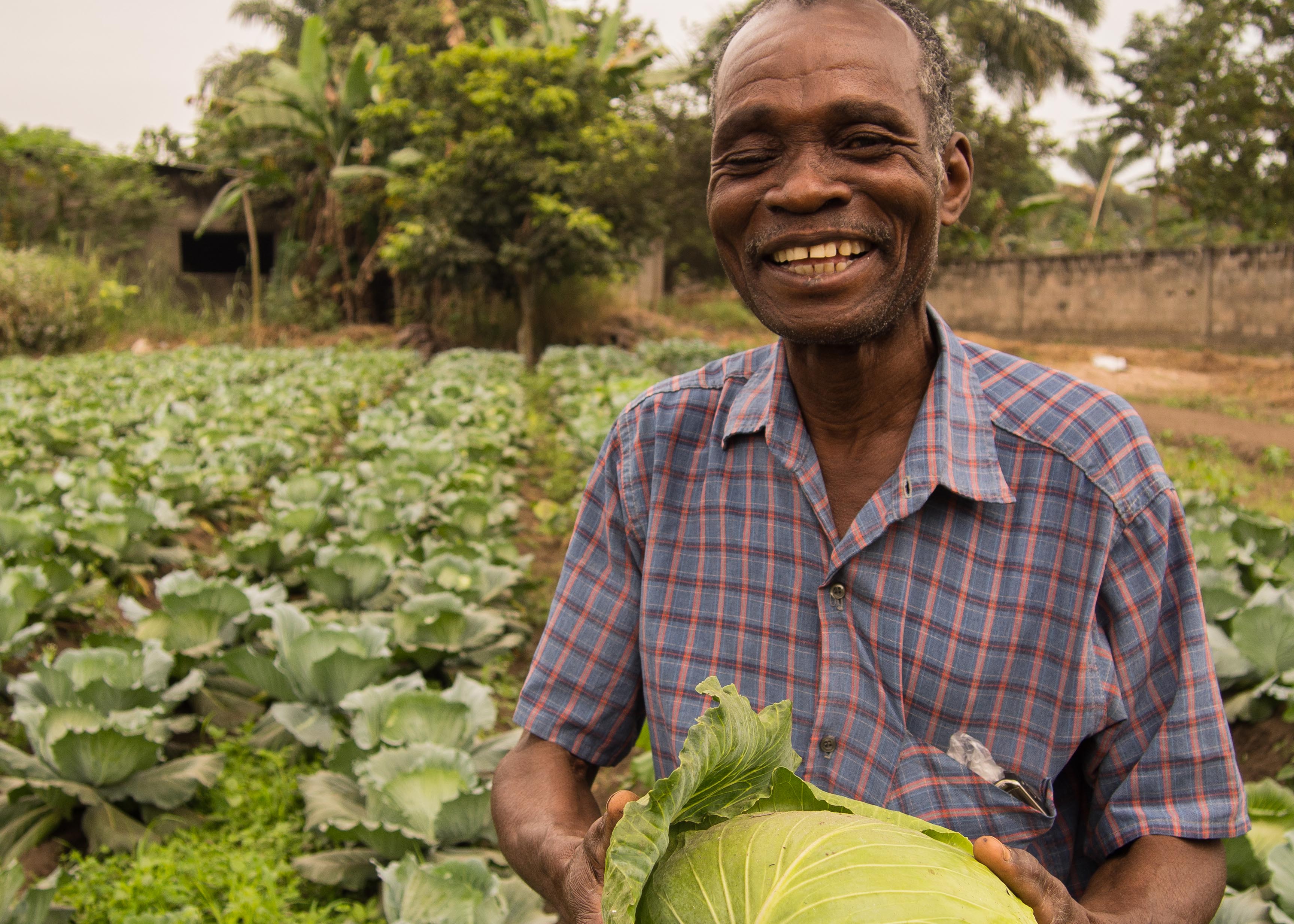 “I’m proud to be a farmer,” says Moise, walking between rows of vibrant green cabbages on his farm outside Brazzaville, Republic of Congo. Where some might only see manual labor, Moise has learned that with patience—and attentive cultivation along the way—an abundant harvest is not only possible, it’s profitable. Even when his farm was destroyed during Congo’s civil war, he held fast to his farming vision. Fourteen years later, as he smiles and holds up the fruits of his labor, it’s evident the opportunity to continue farming is more than just a property regained—it’s a dream come true.

Moise has farmed since the 1970s. After completing his secondary school education, Moise took a rare opportunity for most Congolese and studied agronomy in neighboring Cameroon. Coming from a family with little means to pay for his education, he worked hard to support himself during this time. Later, after returning to Congo, he started a farming cooperative. It proved difficult, with many farmers dropping out. In 2000, the ongoing civil war forced Moise to abandon his farm and home.

Determined to rebuild and continue farming, Moise remembers, “People didn’t think that I would still want to work the farm after all I had to endure. But I said, ‘My limbs are all there; I’m still well and able. … Little by little, with the Lord’s help, I’ll get there.’” However, with little capital to purchase seeds and farming equipment, Moise started by opening a small grocery store, farming only a little as time allowed. 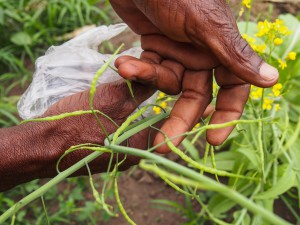 When a friend told him about HOPE Congo, Moise joined immediately and, with each loan cycle, invested more and more into his farm—seeds, fertilizer, and an irrigation system. Savvy about popular produce at market, he now grows staple crops like sorghum and tomatoes alongside specialty produce like endives and bok choy, catering to the large Chinese population in Brazzaville.

Seeing farming as more than just a job, Moise wants to contribute to Congo’s immediate need for affordable food. Currently, as much as 70 percent of Congo’s food is imported from neighboring countries, despite having as much rich, arable crop land as the state of Iowa. Desiring to steward this resource, Moise has a vision of one day opening a center where Congolese farmers come together to learn about better agriculture practices. This vision will take hard work, “so I don’t close my eyes,” he says with determination. 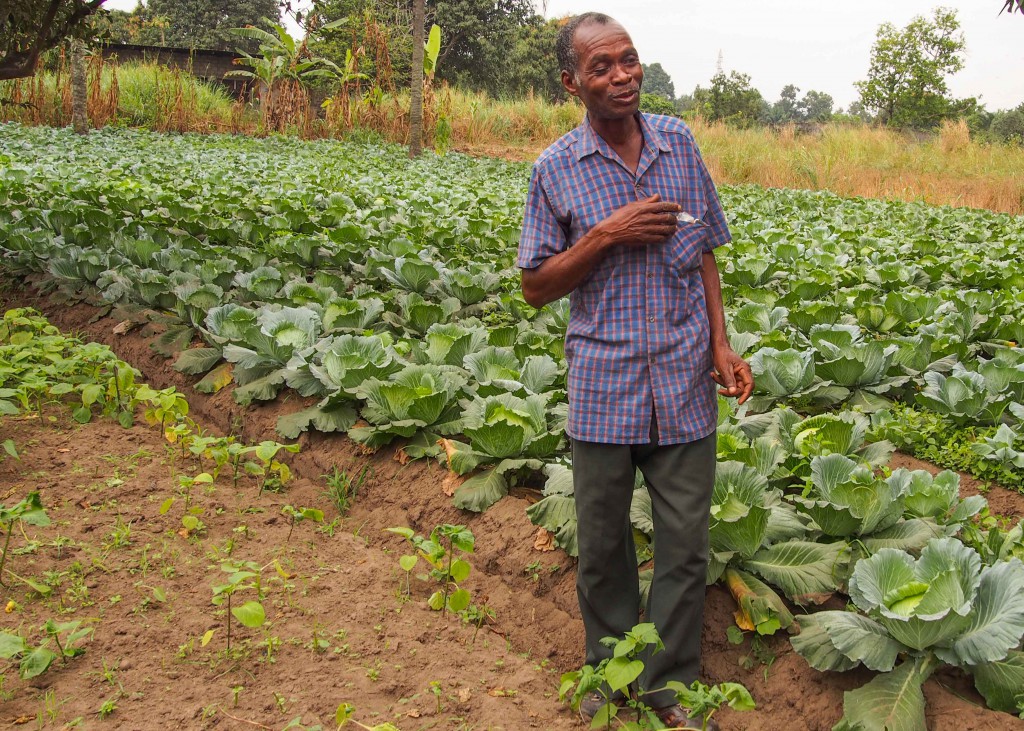 Moise also has great hope for his family’s future, especially their spiritual walk with God. Each week, after his repayment meeting with HOPE Congo, he brings the Bible passage the group studied to his wife, children, and grandchildren. “When we read [the Bible], and then I come home, I pick it up again,” he says. “And since we’re together with grandsons, I explain it to them. I want them to learn everything.” After this, the family prays together, because as Moise says, “Without Him, we have nothing.”

Passionate about his work and confident in his God-given skills, Moise is not only using HOPE Congo’s financial services to live out his lifelong dream to farm, he’s also inviting other farmers to join him and catch a vision for what is possible—providing for the needs of their country by using what God has placed in their hands.

One response to Regaining a farm, rekindling a vision