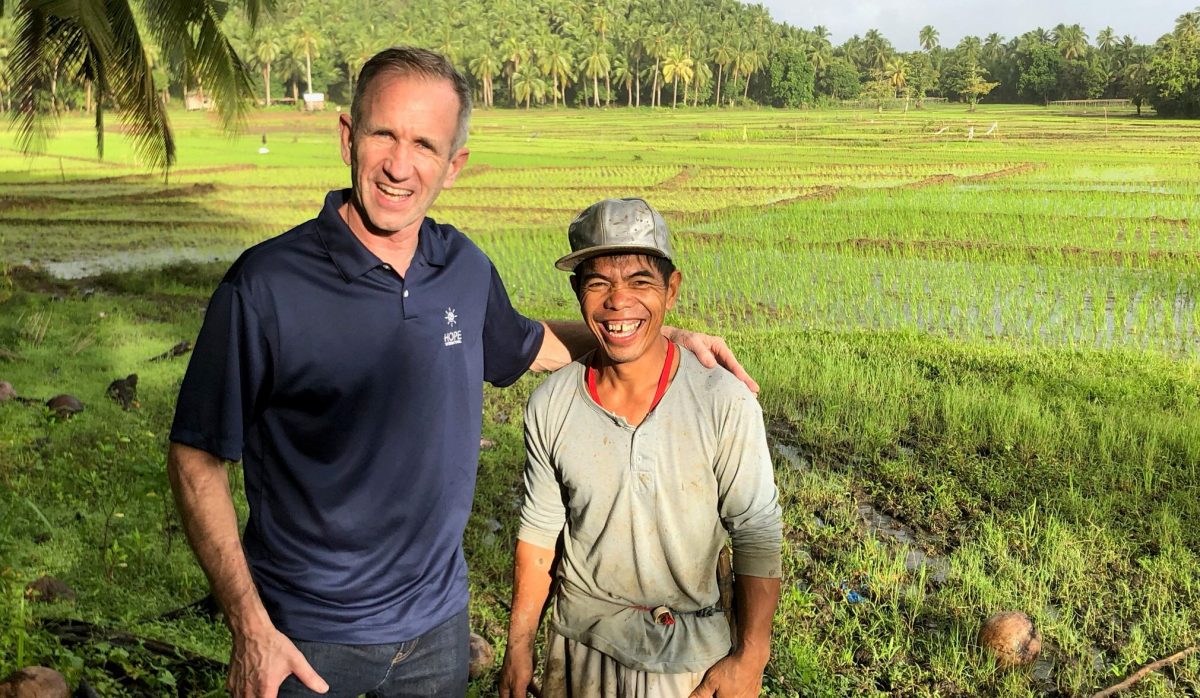 Earlier this year, I was privileged to travel to the Philippines to see the work of HOPE’s partner, The Center for Community Transformation.

The Philippines is made up of more than 7,000 islands and comprises over 100 diverse ethnic groups. I spent time among the Waray people living in eastern Samar, the easternmost part of the country. Within the Philippines, the Warays have a reputation for never backing down from a fight, but the combination of endemic poverty and natural disasters has given many the fight of a lifetime. But I also see how savings groups are giving them a fighting chance, helping members gain stability in what the World Risk Index rates as the third most disaster-prone country in the world.

In the eastern Samar, I met a rice farmer named Nico. In 2013, Typhoon Haiyan—one of the most powerful typhoons of all time—ravaged the region, destroying 90% of nearby Tacloban City. The storm affected more than 14 million people, displacing 4.1 million, killing more than 6,000, and disrupting the livelihoods of 5.9 million workers. Nico was among them: his home destroyed and his work as a rice farmer disrupted. Recovery efforts are still underway six years later.

But as a savings group member, Nico had a safety net: a small reserve of money set aside and a group of neighbors invested in his well being. He testifies that his faith in God was strengthened through group participation, helping him persevere and hold on to hope in this incredibly trying time.

Nico has four sons, and he prays his savings will one day enable them to go to college. He hopes they will learn to increase their rice yield and return home, using their lives and livelihoods to combat rural poverty in the Philippines. He also prays they will learn God’s Word and be good stewards, and Nico and his savings group are setting the example. His motto is

Trust God, work hard, and save.”

Join me in praying for Nico and other residents of the Philippines as typhoon season is again underway.

At HOPE, we’re fervent believers that prayer is the most important part of our work. Each month, we send out a list of prayer requests from around the world to a group of dedicated supporters who partner with us through faithful prayer. Sign up today!