How $48 launched a small business empire and created 41 jobs 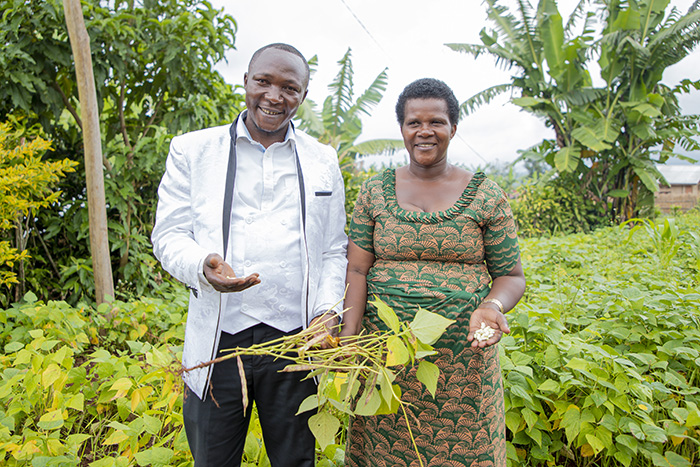 Not every small business owner aspires to build a small business empire, but Marcel Sinayobye and his wife, Jeanne Nyirangendahimana, are entrepreneurial to the core. While raising eight children, they have built more than 10 businesses throughout their community of Rusizi, Rwanda, and beyond.

And while we know this transformation won’t happen to every man or woman who receives a $48 loan, we marvel when it does.

As newlyweds, Marcel and Jeanne lived in a small mud hut without electricity or running water. Those conditions were common in their community, but the couple envisioned something more for their future children. Jeanne was first to pursue a loan from Urwego Bank, HOPE’s microfinance institution in Rwanda, when a group of women invited her to join their community bank. With a lump sum of $48, she bought fish and flour in Rwanda and crossed the nearby Congolese border on foot to sell her goods in a market where she was confident she could earn a profit.

As the cross-border trade business profited, Jeanne was learning to save through Urwego trainings. “The loan is very important, but having those trainings has been an additional profit for me,” she shares. For the first time, she opened a bank account.

Soon the couple pursued further loans from Urwego and opened a small grocery store in a bustling location. Parents often stopped in to purchase eggs for their children, and Marcel and Jeanne began to sell hard-boiled eggs, ready to eat. That inspired another endeavor: a small shop selling milk, tea, and snacks. Later, they constructed rental properties, sold empty plastic bottles and cardboard boxes, raised chickens and grew passionfruit, and began manufacturing juice. As their businesses grew, they became significant employers in their community. 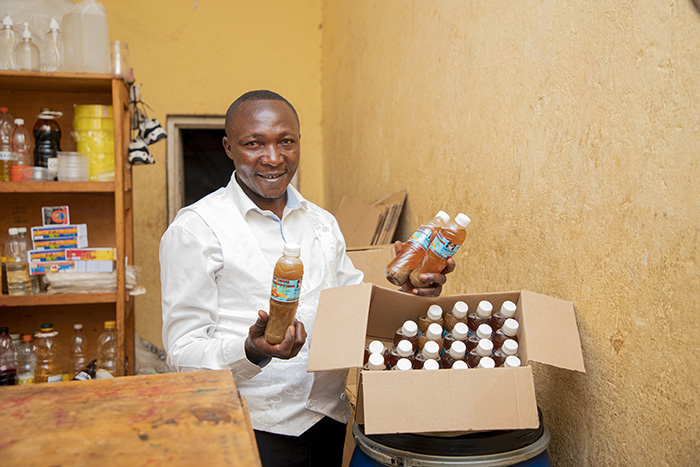 Today, they employ 41 individuals, most of whom work in Marcel and Jeanne’s dairy business. After a government initiative provided cows to some of the poorest Rwandan families, Marcel and Jeanne saw an opportunity to purchase, package, and sell surplus milk. Twenty-one employees, many of whom are young bicyclists who ride up and down the hills of Rusizi collecting milk, staff the dairy business.

Marcel and Jeanne dream of continued business expansion that will enable them to reduce the number of unemployed youth in their community. Marcel and Jeanne also pastor a church in Rusizi, and in their combined roles of pastor and business owner, they have not only insights into local needs but also the means to help meet these needs. They’ve purchased health insurance for 200 community members who would otherwise be unable to afford it. “It is such a joy to be able to provide for my family and even have enough to share,” Marcel says.

Learn more about HOPE’s holistic model that equips women and men like Marcel and Jeanne with tools to provide for their families and the hope of the Gospel.