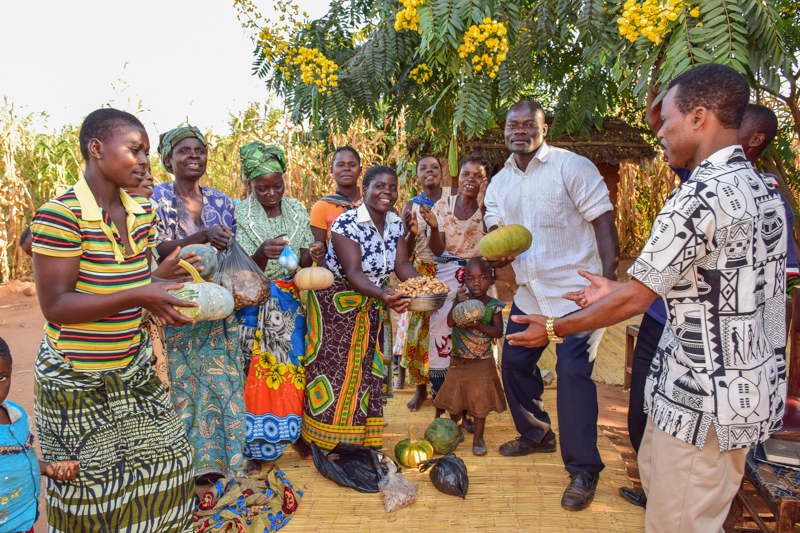 A journal entry after visiting a savings group in Lilongwe, Malawi

As I stand up to clear off the table, I carry a strange assortment of foods to the pantry: a pumpkin, peanuts (known here as groundnuts), beans, and eggs. You’d think I had just come from the grocery store or stopped at a roadside stand. No, this food was special. It was from my clients.

I traveled to this savings group on the outskirts of Lilongwe, Malawi’s capital. The group was singing as we arrived. Their group name was fitting: Chimwemwe, which is Chichewa for happiness. After we were introduced to the group, they continued their worship. Following a short message on the importance of prayer, it was time for the savings portion of the meeting. The group chose to worship while turning in their savings because they saw it as a time to celebrate.

This group was all women except for one man. The meeting was not a relaxed break from the stresses of home. Instead, over a dozen children sat among them, from newborns to preteens. Several of the mothers nursed during the meeting. We were running on a tight schedule, so we pulled a member of the group from the meeting to interview her. An hour later, we returned to find the group waiting. I was perplexed they hadn’t already gone back to work. I started packing up my things. The leader of the group announced to us in Chichewa that the group wanted to give us a gift in appreciation of our visit. I stood dumbfounded as six ladies brought out overflowing bags of food from their gardens: pumpkins and grocery bags overflowing with beans, peanuts, and fresh eggs. 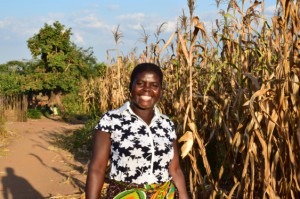 Hold on. On every level this had to be wrong. I owed them for their time and cooperation, not the other way around. I had just watched these members turn in savings of less than a quarter to a few dollars each. Their families needed the food much more than I did. It made no logical sense to accept this gift. As the women approached, my reasons for refusing their gift evaporated. All I could do was say thank you. It was the most undeserved gift from a human I have ever received.

It’s well past midnight, and I’m still coming to terms with my visit. I realize my resolve melted away under the raw generosity of their act. Perhaps the most human thing we can do is show kindness to another. At first I looked at their act on the empirical level of “fairness.” But I was missing the point of their gift. I was oversimplifying poverty to a material issue alone. To our clients, part of breaking out of poverty means being able to give to others. As members handed me their gifts, their dignity was unmistakable.

As kids, we are told to finish our food because plenty of people would love to finish it for us. And it’s true. I just never expected those same people to one day feed me. As I reflect, the only way I can explain their generosity is that they were filled with a love that does not come from within. As the Bible says in 1 John 4:19, “We love because he first loved us.” Just as I did nothing to deserve their gift of food, we did nothing to deserve Jesus’ sacrifice on the cross. After accepting Jesus’ love, they are sharing it with others. These members could have given me a smaller gift, but instead of a token gift, they gave abundantly from an overflowing love. It is strikingly similar to the widow giving all she had in Mark 12:41-44. What would it look like if you and I gave with this same overflowing love?

Slowly but steadily these members’ quality of life is improving. We track this with the amount of money they saved, their ability to buy household items, and other monetary metrics. But the biggest changes remain unmeasured. There’s no easy way to quantify renewed relationships, an improved outlook, or a more intimate faith. But maybe four pumpkins, a bag of peanuts, three bags of beans, and four eggs is a start. 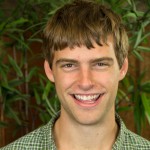 Tyson is spending one year with HOPE International in Lilongwe, Malawi, as a field communications fellow. He loves exploring the hills and mountains of Malawi and getting to know its incredibly kind people.