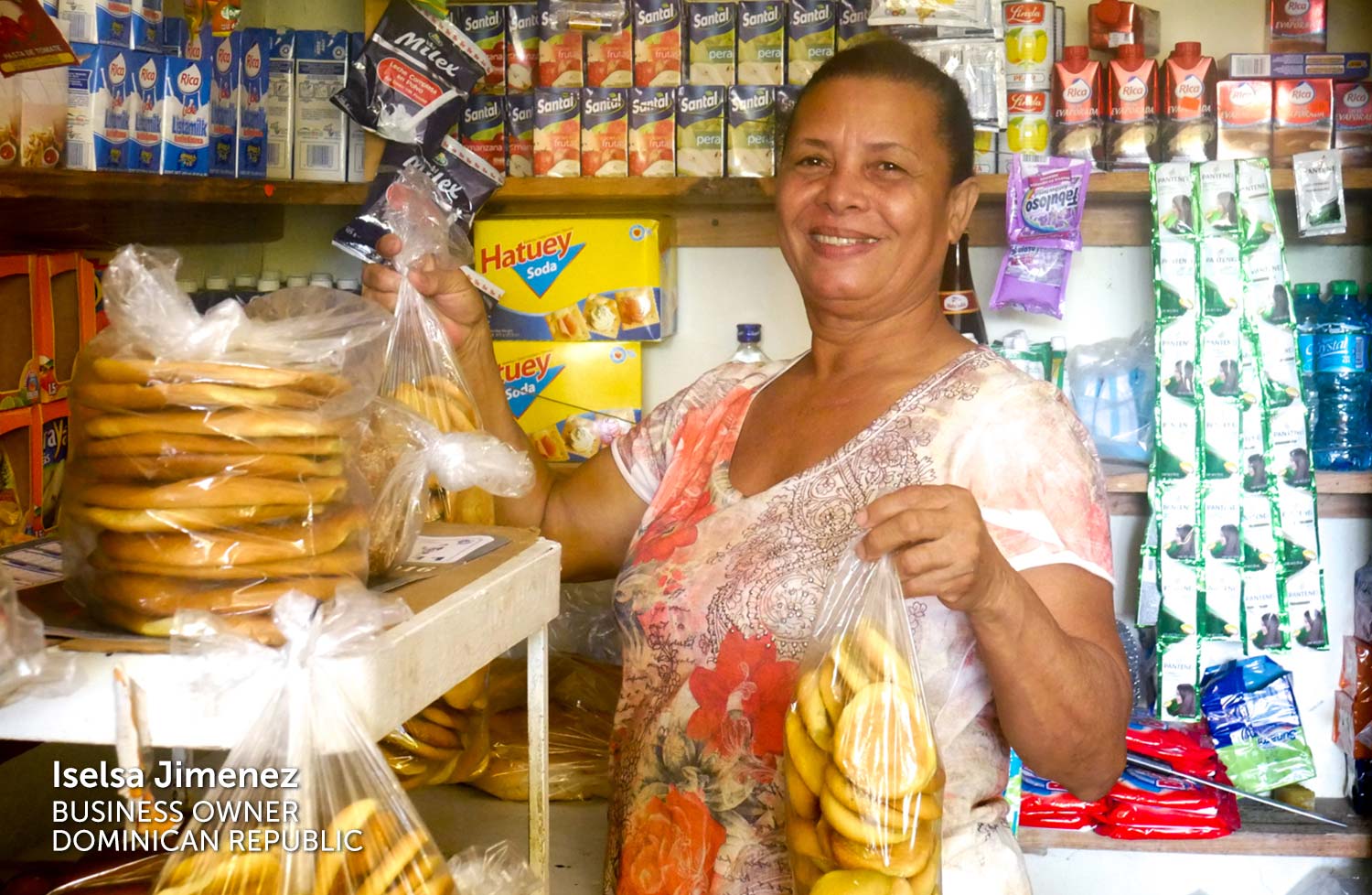 At HOPE International, we affirm the inherent dignity and worth of women, and we’re grateful to be one of many organizations working to remove the barriers that often keep women from realizing their full God-given potential.

We’re privileged to witness so many stories of women who are using financial tools to tackle poverty for their families and communities. As their stories demonstrate, these three women are loving God and their neighbors with boldness, action, and creativity. In the words of Proverbs 31, they are eshet chayil—”women of valor.” 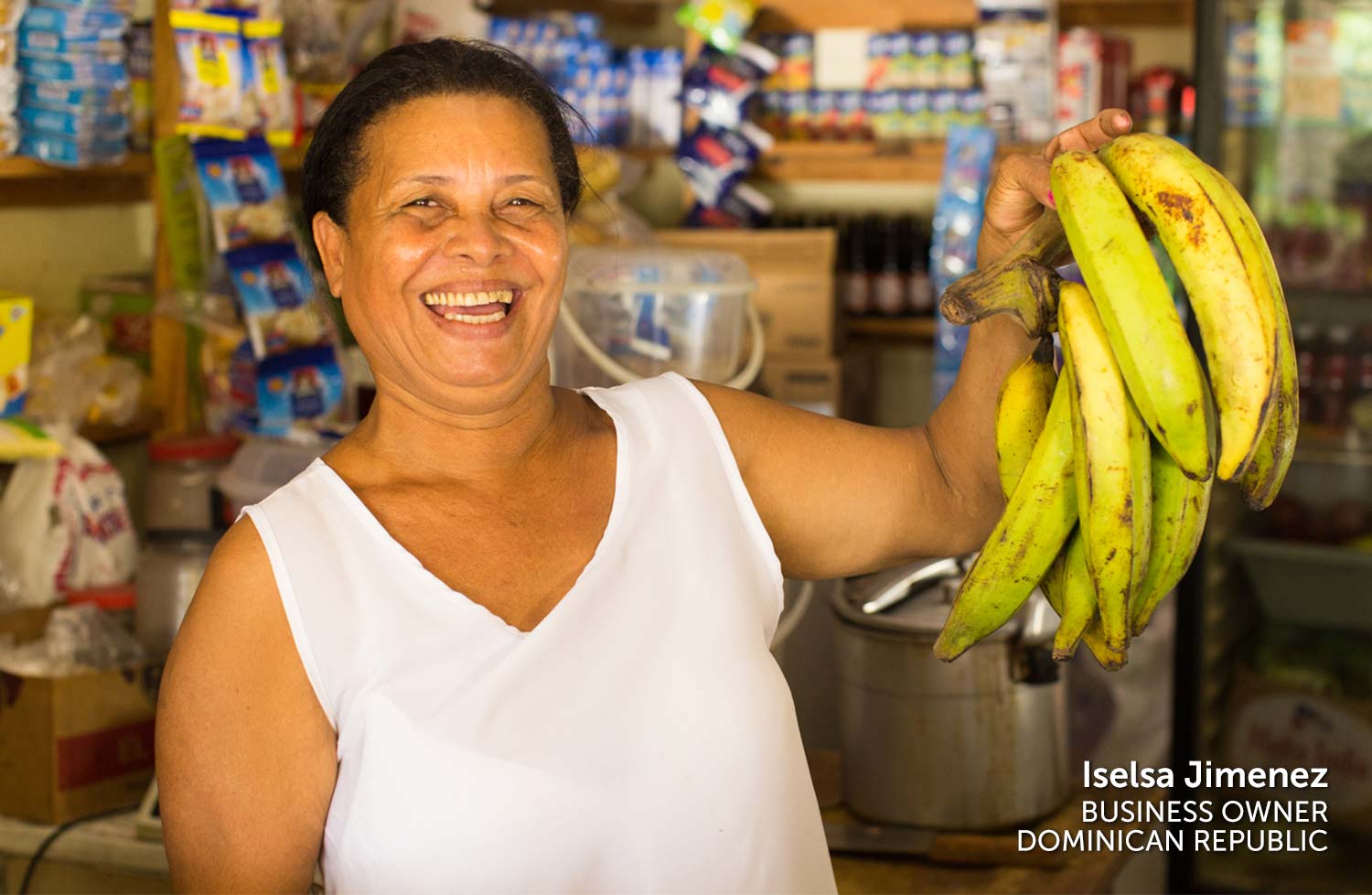 One day, 12 years ago, Iselsa and her husband realized they had just 53 pesos (just over $1 USD) to their names. “That day, there wasn’t even food in the house,” Iselsa recalls. She decided to invest those 53 pesos in sugar, coconut, and batata (a Caribbean sweet potato) to make ice cream, which she sold to workers passing by her home. When the workers began asking for juice along with their ice cream, Iselsa worked quickly to respond to their request. Thus, her business was born.

Eventually, Iselsa opened La Alegría (“happiness”), a convenience store in her neighborhood, and today, with a group loan from Esperanza, HOPE’s partner in the Dominican Republic, her shop’s income provides her and her family not just with enough to live on but with more than they need. Known by her neighbors as La Tía Corazón (“aunt of the heart”), Iselsa is an example and a support for others in her community. One young woman named Alexandra, who is also a member of Iselsa’s community bank group, decided to begin her own ice cream business. In support of Alexandra’s dream, Iselsa has stopped selling ice cream, saying, “I made this business thinking of myself, my family, and my neighbors.” 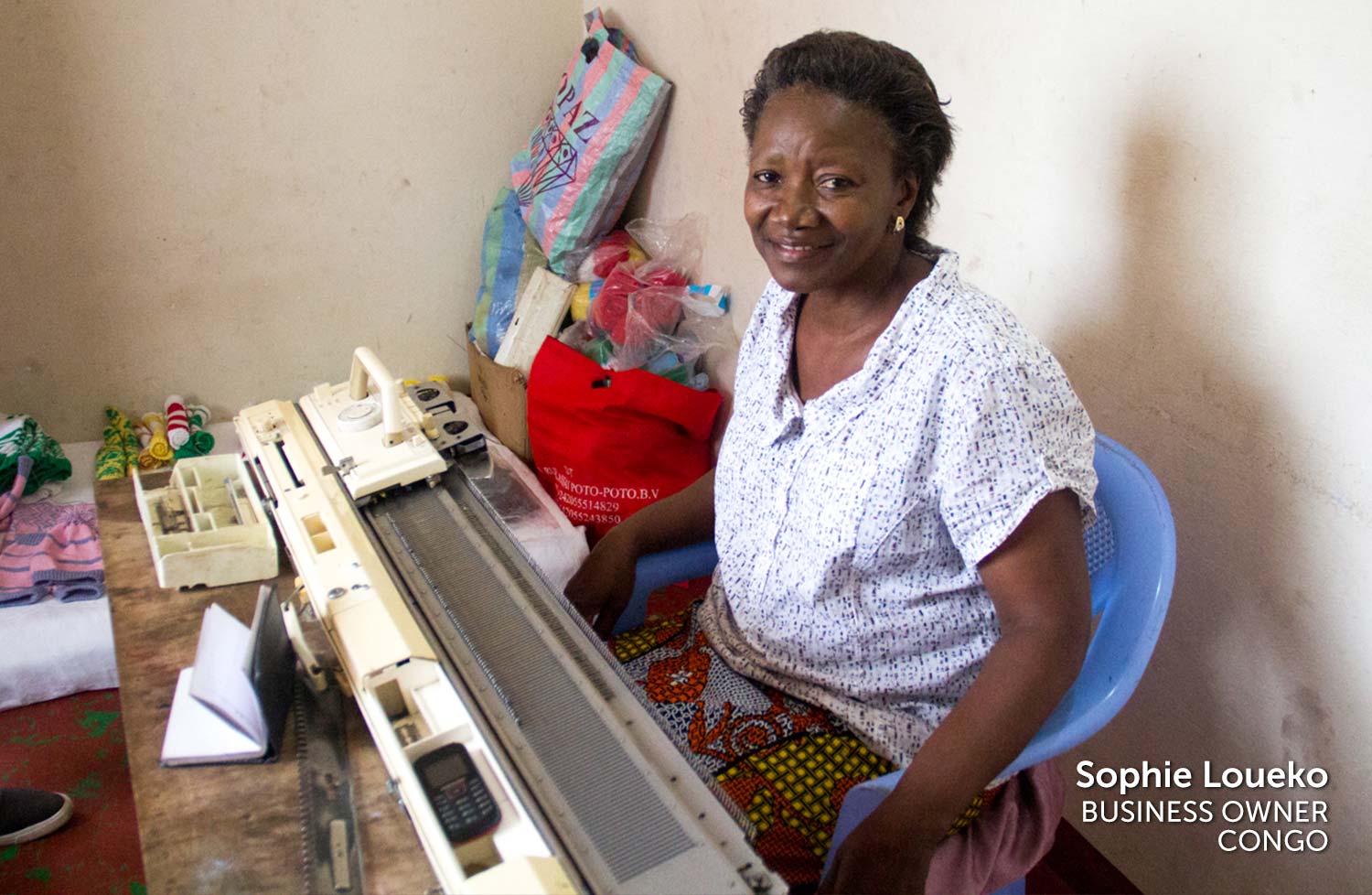 As she neared retirement, Sophie desired to return to a skill she’d learned decades earlier: knitting clothes for newborns. “It was a passion from when I was young,” she recalls. “I learned it from the religious sisters of the Catholic church.” Though she enjoyed doing the process by hand, it wasn’t nearly as efficient as using a machine. Yet despite having a full-time teaching job, Sophie knew that she and her husband, Louie, couldn’t afford one. Then, one of her cousins told her about loans available through HOPE Congo.

Today, Sophie has used loans to purchase yard, thread, and four knitting machines. She’s also made it a priority to use her business to reach out to others in her community. Remembering the challenges she faced herself when, as a young, unmarried woman, she found out she was pregnant, she says, “I don’t want young people today to make a mistake like me. … Instead of making mistakes, they will come and learn something to do in life.” Describing the dreams she has for her life, Sophie relates, “I’d like to hear people say, ‘If I’ve learned to work, it is thanks to Mama Sophie.’” 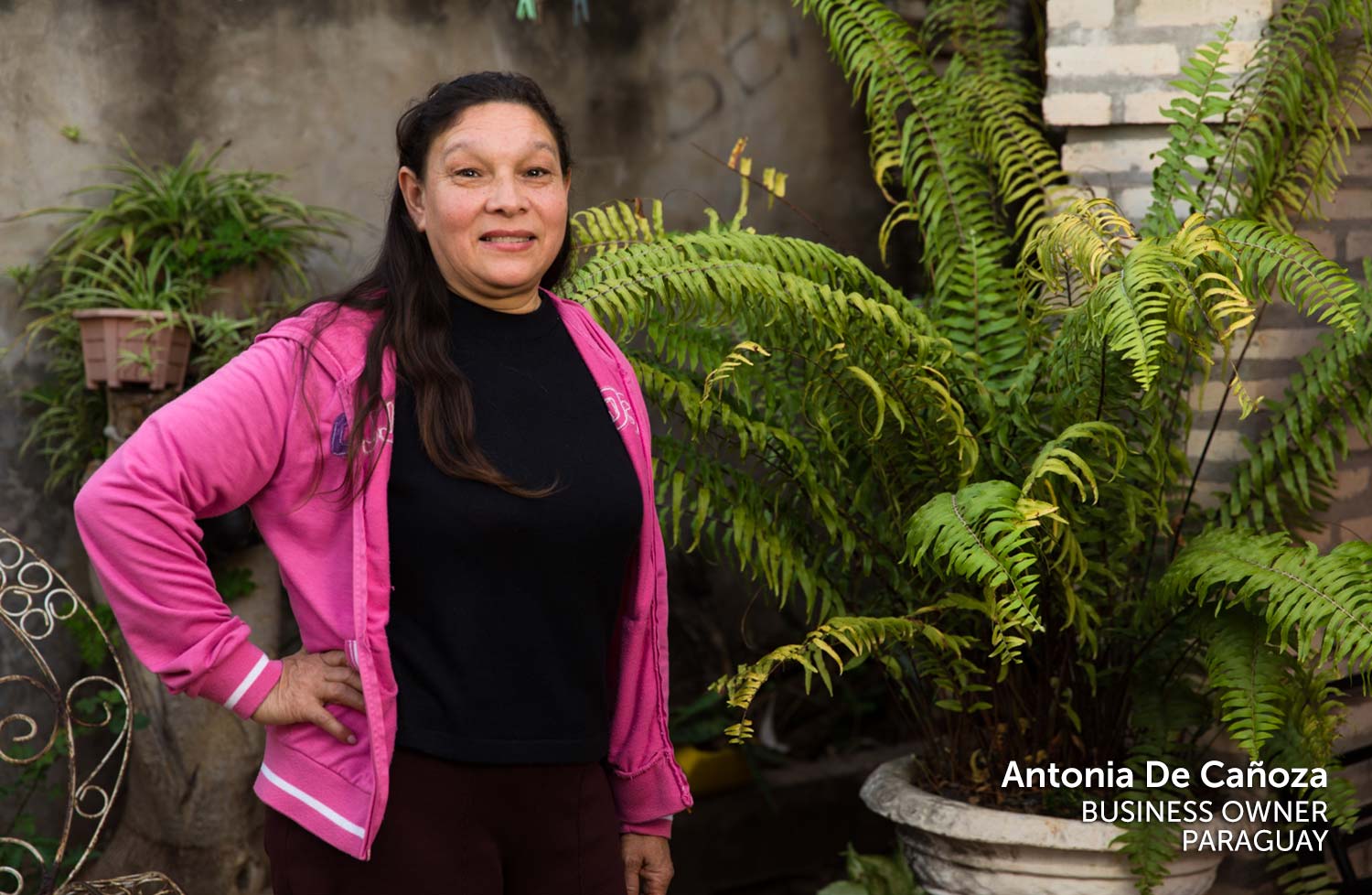 When Antonia’s son began losing his sight due to glaucoma, a condition that left him unable to work, she desired to expand her cleaning supplies business so that he could join her in it. With a loan from Diaconía, HOPE’s partner in Paraguay, she was able to do just that.

Today, her business supports two households: her and her husband’s, as well as her son and his family. It also supports an entire community of faith, as Antonia and her husband, a pastor, lead Iglesia El Pacto (“Covenant Church”) and use their personal income to cover the expenses of the church. The couple even added a room onto their house to create a meeting space. At the same time, Antonia serves as a chaplain for three trust groups, meaning that she leads a devotional at each meeting, participates in trainings through Diaconía, and is responsible for the discipleship of the women between meetings.

As a mother of faith to many, Antonia says, “I feel proud because God helped me to be a woman of courage—a virtuous woman, like Proverbs says. Fulfilled. I can undertake [things], I can do it.”

To stand with these and other women of valor around the world, join us in this 3-minute prayer video.