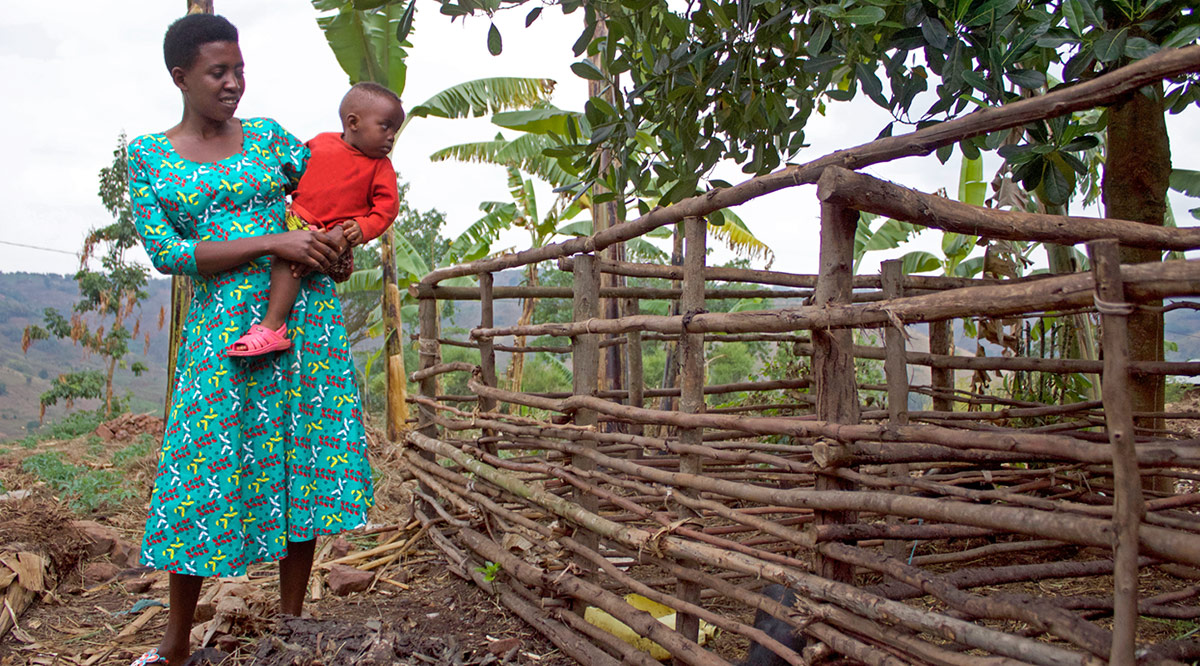 This spring at HOPE International, we released “Dreams for My Daughter,” a short film sharing the story of a young woman in rural Rwanda determined to beat the odds and hold on to her dreams while raising her daughter. The film is based on the life of Aline Mushimiyimana. Here, we share more about Aline’s life and journey that inspired us so much.

“I was 12 when I started believing,” says Aline Mushimiyimana. Growing up in Rukira, Rwanda, Aline was introduced to faith in Christ early on in life by her parents. But in her teen years, she recalls, “I backslid.”

Aline was forced to leave high school early when she learned she was unexpectedly pregnant. She found herself a young teenage mother, raising her daughter—lovingly named Queen—on her own. Aline knew that, unless she could find a way to provide for herself and Queen, they would be facing a life of poverty and few options. She was also spiritually in a desolate place: “I felt lonely, and it was a sad life with no hope.”

The beginning of a dream

Aline felt at the end of herself, but her mother shares that she continued to hold hope for her daughter and granddaughter: “In the beginning, I was very sad, but because I like to pray, I said to myself that God knew why that happened.”

Shortly after Queen’s birth, Aline looked around and noticed that she wasn’t the only one in her situation. Supported by her church, a local partner of HOPE International, Aline invited 15 other young single mothers to join her in forming a savings group. “All of the people that I reached out to and proposed that we create a group agreed,” Aline says.

On September 1, 2018, Aline and her friends met for the first time. They started off, Aline says, by getting to know each other: “Everyone got to share her own life story, and it helped us to hear those.” And they always open their meeting with prayer and worship. For Aline, this was a turning point, as she was able to reconnect to the faith of her childhood. “We read the Bible and encourage one another. … It made us know that God is powerful and able,” Aline says. The group decided to name their group Ibyiringiro, which means “hope.”

Together, each member agreed to save 150 Rwandan francs (about $0.15 U.S.) every week, so that they could save enough to pay for mutuelle (“health insurance”) for each member and her children. Working together, the group realized that first goal.

Dreaming for the next generation 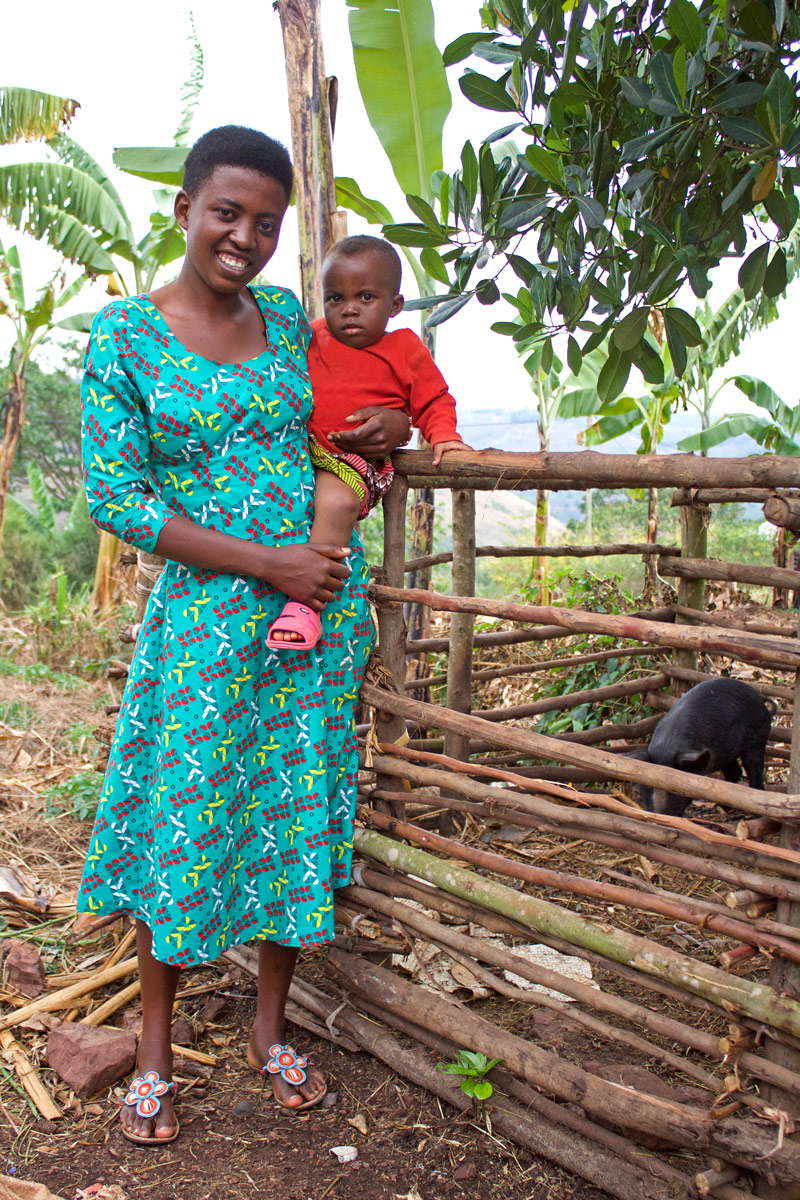 Since their first meeting in 2018, Aline and her friends have taken out loans to start businesses, pay children’s school fees, and buy livestock. “I used to ask for everything I needed from my parents,” Aline relates. But as a result of joining the group, she says, “I have seen that there’s a great change. … I get what I want and need and what my baby needs.”

In addition to beginning to provide for herself and her daughter, Aline grew personally and in her faith: “I used to be scared to stand before people, but now I stand still fearlessly sharing God’s Word.”

This fresh sense of her God-given gifts and abilities gave Aline the strength to dream, not only for herself but also for her daughter, Queen. “The hope I have for her is that in the right time, she could get a good education and study well, and have everything she needs.”

Catch a glimpse into Aline’s story—including an update on how Aline and her group have been navigating the COVID-19 pandemic—by watching “Dreams for My Daughter.” Watch the film