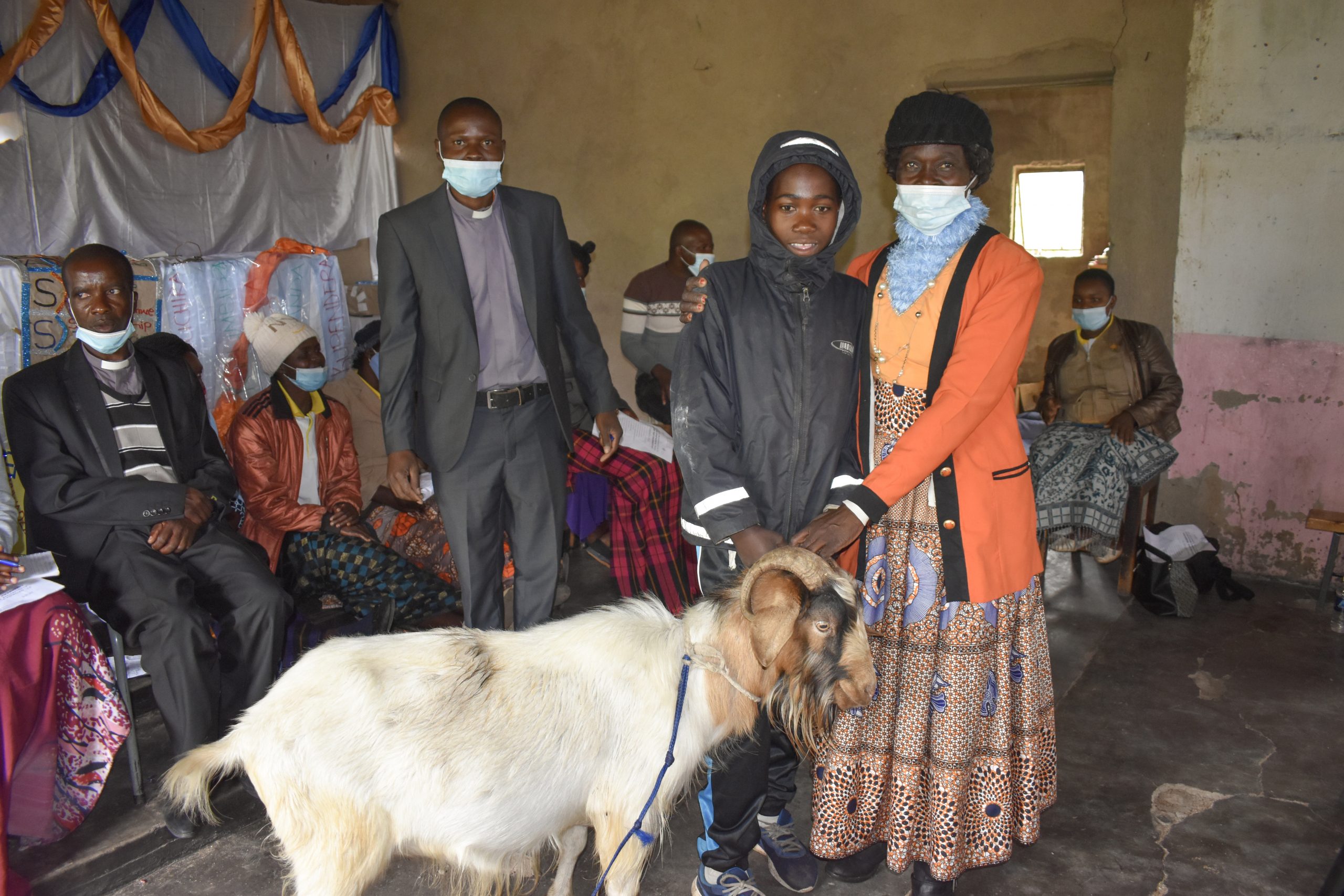 At 13, Eric Jeche values going to school with other students in his neighborhood in Zimbabwe. Unlike many of his peers, Eric pays for his own education.

Eric has lived with his grandmother since he lost his parents at a young age. But it’s not easy for his grandmother to pay for his school fees on top of their food, clothing, and other daily expenses, so Eric understands the value of money and work.

Before joining a savings group, he took whatever odd jobs he could find around his neighborhood.

“I used to provide daily labor to different people for money,” Eric says. “Whatever I earned… went into my personal savings.”

But he didn’t have others to save with, a secure place to store his savings, or access to loans—until his grandmother encouraged him to join a savings group through their church.

He had to save a little extra to set aside a fixed amount at each meeting like the other group members, but Eric was determined. “I managed to save enough and joined Ruvimbo savings group at my grandmother’s invitation,” he says.

Equipped for a new endeavor

As he met with his neighbors to work toward their financial goals together, Eric discovered a new kind of accountability and community. He learned more about God. And he thought of another way to pay for school.

After some time, Eric borrowed a loan from his group to buy an especially sturdy breed of male goat—one that is larger, more resistant to disease, and would sell for more than other goats in the village.

Then, he devised a sustainable solution that would strengthen the health and value of local farmers’ herds while creating an income: he would let other farmers cross-breed his goat with theirs for a small fee.

“Because people are interested in this [goat] breed, I hire it out in exchange [for] small livestock and money,” Eric says. “The earnings are channeled back into my savings in the group.”

Today, Eric also uses income from his goat business to buy indigenous chickens—he breeds those as a side project. He sells these chickens to pay for his school fees.

With the support of his savings group, Eric is staying in school and pursuing his dreams. As one of the ministry’s youngest members, he testifies that anyone can benefit from the unique support of a savings group.

“I encourage fellow young people to join these [savings groups]. They are not just for adults but for everyone. The ministry changes lives!”

In the words of HOPE Zimbabwe’s country director Francis Kaitano, “Eric has been able to stand on his feet. [He is] a young man defying the odds.”

Watch this video to meet Eric and hear his story in his own words:

Want to empower more budding entrepreneurs like Eric to pursue their dreams? Come alongside them with discipleship, training, small loans, and a safe place to save by giving through our gift catalog.