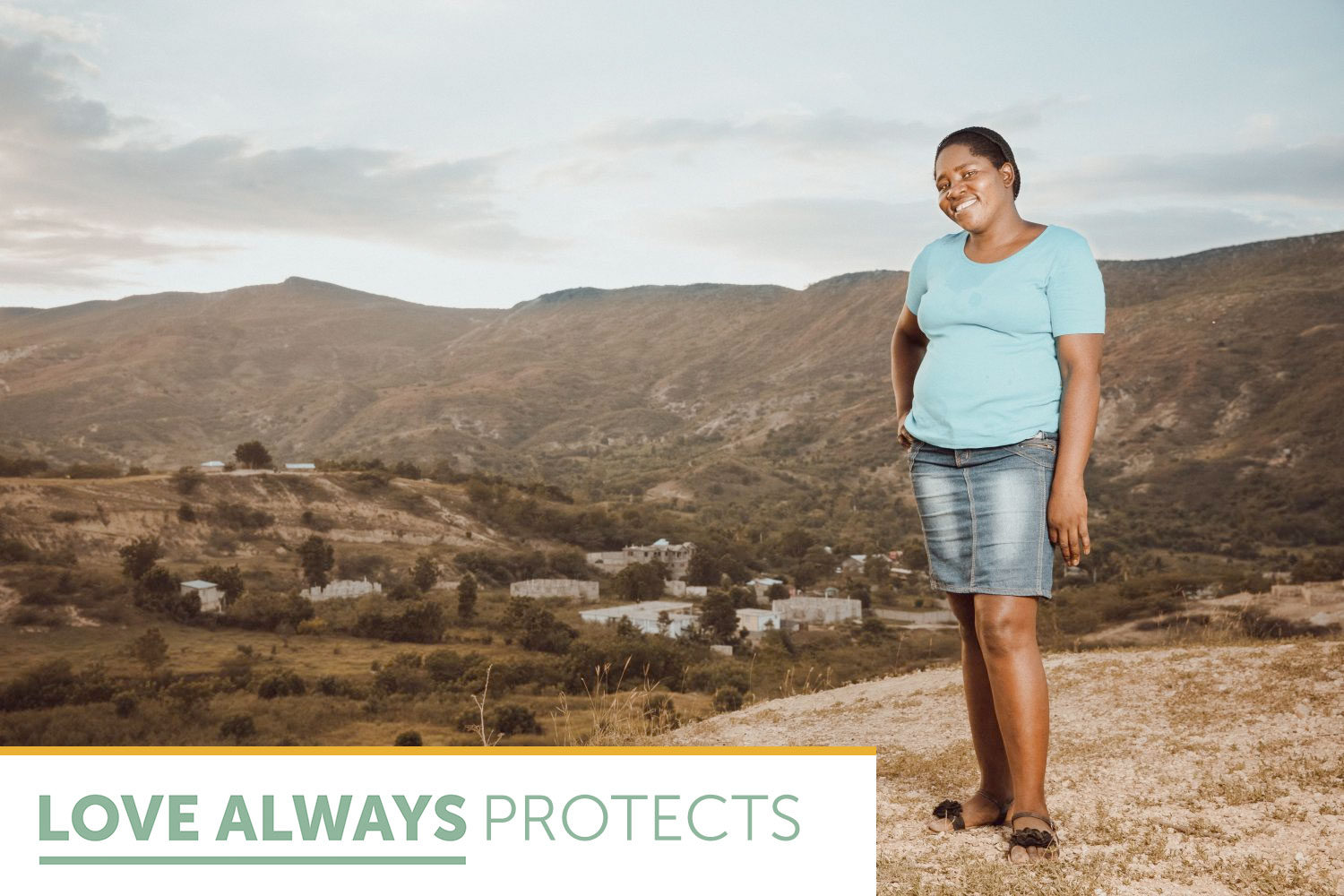 “Now, you see me smiling; it’s because I’m happy.” 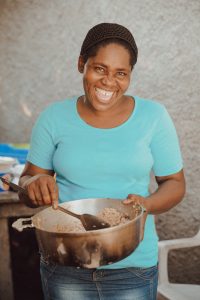 At a crossroad, Kerline’s life was about to go one of two ways. She had recently joined a savings group through her church, a partner of HOPE Haiti—and that turned out to be a defining decision.

“I told my group about my problem,” she says. In response, her group rallied, offering her a first loan to cover the sum she needed to purchase her home. “Now, I’m my own landlord!” she declares. As a homeowner, Kerline repurposed the funds she typically used for rent to first pay her group back and then purchase ingredients for her business.

Today, Kerline can be seen spooning fluffy rice out of one large metal pot, stirring meat in another, and simmering beans in a savory sauce in a third. She has also expanded her restaurant to include a catering arm, cooking up meal orders for construction workers, training seminar attendees, and other groups meeting nearby.

Being a member of the savings group has meant more to Kerline than just housing and income, though. On her birthday, group members visited her home to clean it and bring her gifts to celebrate. “I felt like I was part of a family,” she shares. “I feel valued when I’m part of the group—and I know that when I’m with the group, I feel important.”

And Kerline says that the hope she’s found is rooted in Christ: “It’s really different when I’m comparing my spiritual life before the saving group and after the savings group. Sometimes, before, I used to think, ‘What am I going to do with these children that I have to raise?’ But now, I don’t think about these things, because I have more confidence that God will sustain me.” 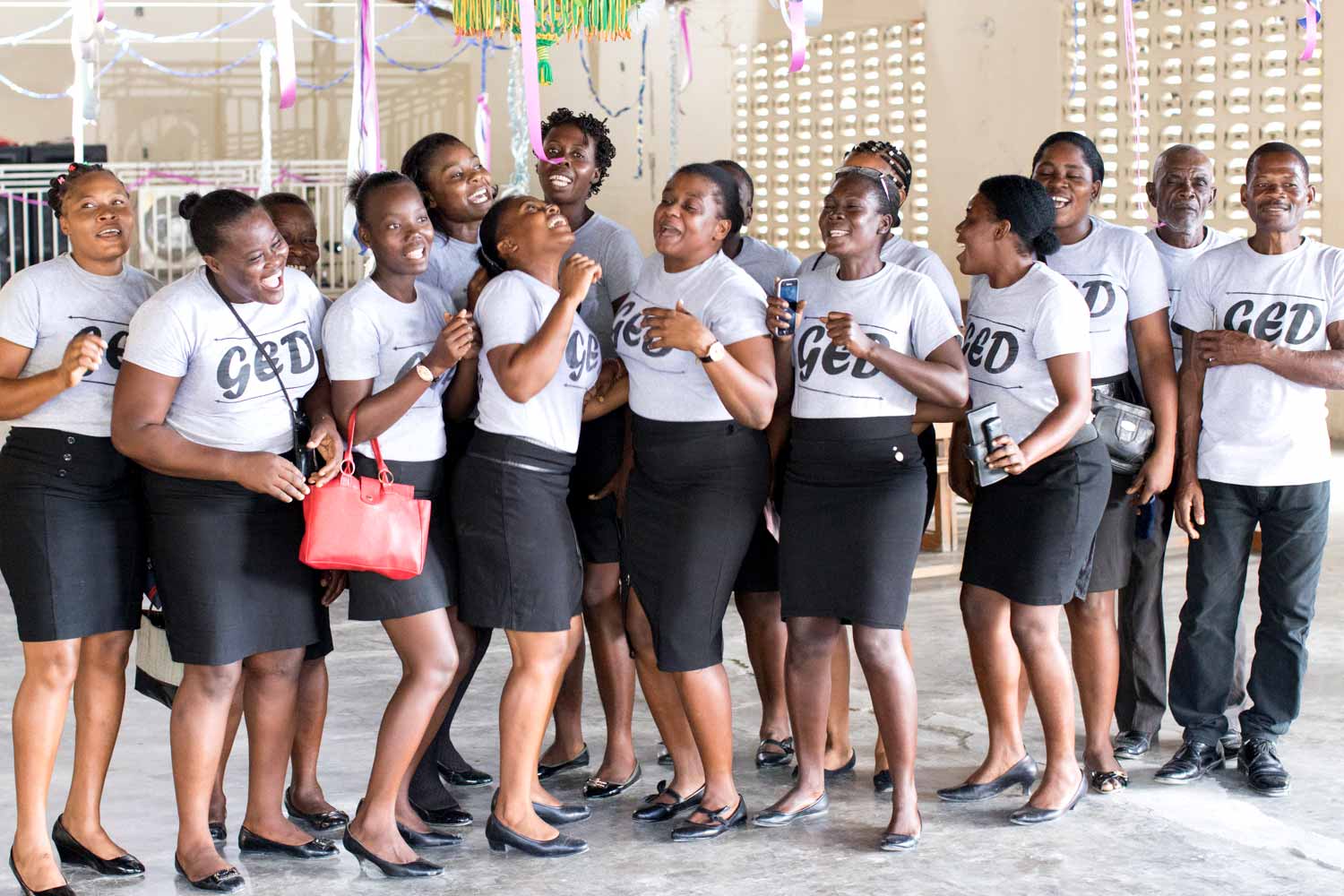 When asked about the name of their group—the Deborah Savings Group—the 14 women and two men who are members point to Scripture. Inspired by the Old Testament prophetess, Deborah, they faithfully assemble to battle against the isolation, fear, and injustices of poverty—not only in their own lives, but in those of their neighbors as well.

“If there is a community member in need, even when that person isn’t part of the group, we collect money together. We have an offering within the group to support that person,” Kerline explains.

The group’s commitment illustrates the reality that when women are empowered, the impact is extensive.

As Kerline puts it, transformation starts with experiencing God’s unfailing love and then allowing that love to flow out to others: “I would like to stay at the feet of the Lord and continue to work, so that I can help my children and people in need.” 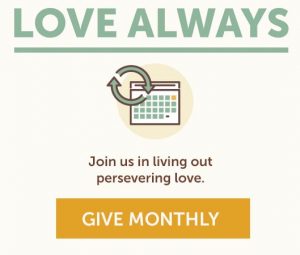