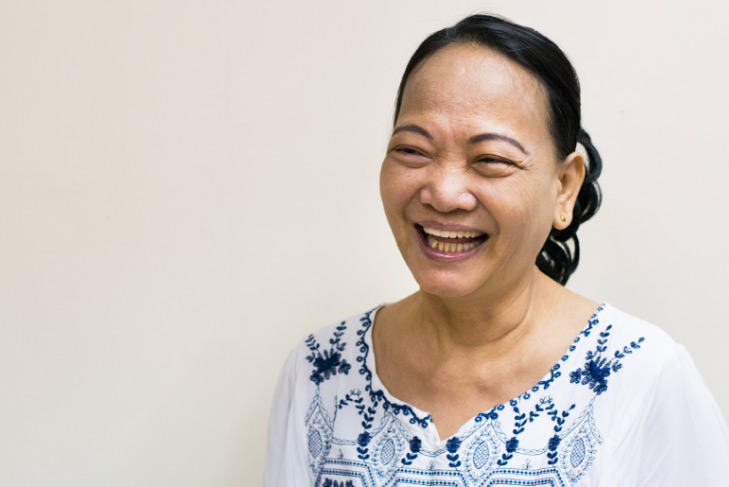 This Mother’s Day, join us in honoring them by reading how three tenacious mothers, rooted in God’s strength, are overcoming obstacles to invest in bold dreams.

Rebecca Aguinaldo (pictured above) describes how, for a number of years, sorrow filled her life. In addition to concerns about how she and her husband, Alfredo, would provide for their five children, she faced the unexpected death of her youngest brother. After his passing, she adopted his five children as her own, meaning she and Alfredo now had 10 children in their care. “I suffered from depression,” she recalls. “Family and work concerns affected me physically and emotionally.”

Yet Rebecca refused to let grief extinguish her dreams, the biggest of which was for all 10 of her children to receive post-secondary education. Beginning in 1997, she started taking out loans with the Center for Community Transformation (CCT), HOPE’s partner in the Philippines, to establish a business, first in sewing and then as a beauty product consultant. As her children neared college-age, she was also able to access educational loans, which, coupled with scholarships, empowered her to send all 10 of her children to college.

“When [people] ask me, ‘How do you measure your success as a mother?’, I say a big factor in being a mother is sending your children to school,” Rebecca relates. “So, I consider myself successful.” 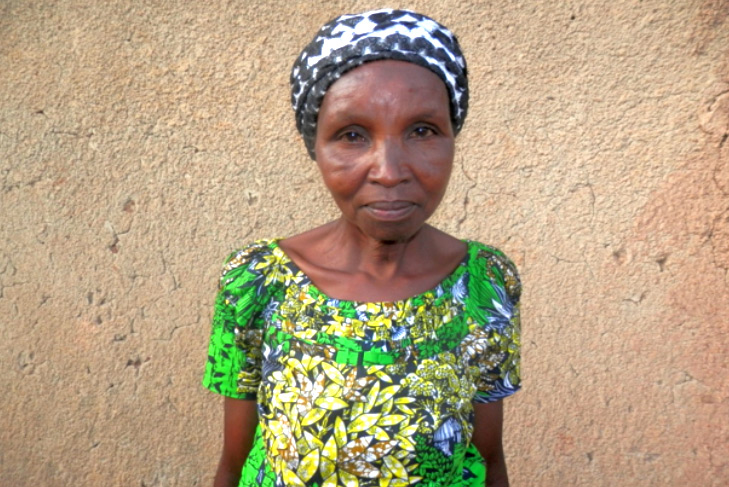 Langwida was in a celebratory mood: after 12 months of setting aside funds each month with her savings group, she’d just received her payout of 67,000 Rwandan Francs ($80). Her mind had been buzzing all year with ideas of how to use the funds. She could finally buy some kitchen utensils. She also thought of investing in small livestock, like rabbits or sheep, which could provide food and serve as long-term assets for her family.

Then, she heard the cries of her neighbors—another mother, brought to tears as she realized that her children wouldn’t be attending school because they couldn’t afford the school fees. Langwida’s heart broke—and she immediately knew she had to act. Though she didn’t know how she’d manage it, Langwida used her savings to buy her neighbor’s cow, freeing up funds for the neighbor to pay for their children’s education.

Langwida’s decision represented a significant financial risk: She had no system in place to care for a cow and wasn’t even sure whether she could resell it. Yet her care for her neighbors outweighed her doubts:  “I really wanted to help and do something about my neighbor’s situation, but on the other hand, it was God’s plan,” she says. 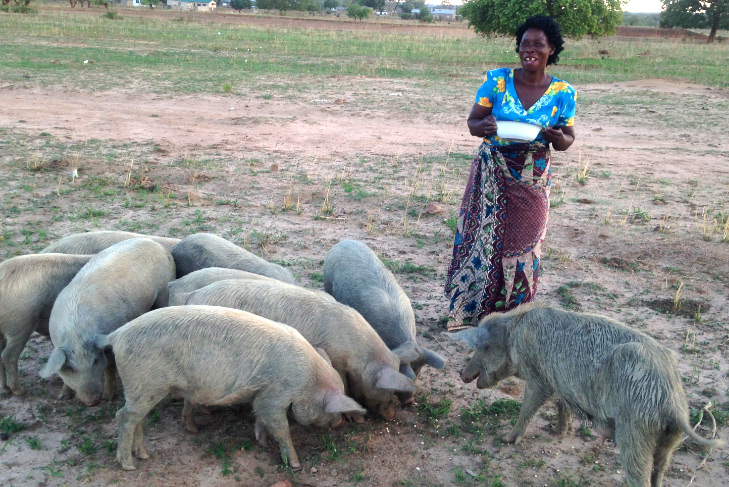 When Cutright first joined her savings group, she thought she’d use the loans she received to invest in the farm she and her husband run. With her initial loan of $15, she purchased a pig, which gave birth and has been a reliable source of income and food. With this investment being such a success, she assumed she’d continue to use future loans in much the same way.

But as the time neared for her second loan, Cutright’s dreams began to grow. Noticing that motorists needed to travel to a larger town about 70 miles away to fill up their gas tanks, she had the idea to purchase and resell fuel in her community. Not only would this meet a local need, but it would provide a profit for her as she and her husband sought ways to afford school fees—for her seven biological children, as well as her three adopted children. And that’s exactly what’s happened. Though she and her husband used to struggle to pay, often forced to take out risky, high-interest loans from money lenders, she says that they can now afford the fees.

And again, Cutright’s dreams continue to expand. Now, she envisions adopting more children in her community in order to support them in their schooling. She says, “I thank God for this ministry [of savings groups], because it has helped us fight poverty but also brought me closer to my God.”

Celebrate an influential woman in your life through a gift from HOPE’s gift catalog. Choose items like a sewing machine or a cash register that represent tools used by HOPE-network clients around the world.