Generations of hope: how one father’s investment brought lasting change

In the Dominican Republic, a batey (pronounced “bah-TAY”) is a community made up primarily of families who immigrated from Haiti to work in surrounding sugarcane fields. These underserved communities are often located hours away from the nearest city. As immigrants, many families living in bateyes lack the necessary legal status to receive financial services, education, or medical services.

When Esperanza, HOPE’s microfinance partner in the Dominican Republic, first arrived in Batey Margarita in 2006, Jacobo Benjamin was the first of his neighbors to take out a loan. Previously, Jacobo had worked in the nearby sugarcane fields, cutting and processing the crop. But when the processing company announced it was closing, Jacobo knew he’d need to find a new source of income.

With his loan from Esperanza, Jacobo opened a colmado, or corner store, allowing him to provide for his family and meet a key need for his neighbors.

Jacobo says, “Before Esperanza came to the community, we had a lot of needs. We didn’t have stores, we didn’t have a place to buy things… With that colmado through the loans of Esperanza, we were able to survive.”

Over time, Jacobo noticed an opportunity to service the cars in his and other nearby bateyes. With a loan of $200, he converted the colmado into a car parts store, creating new jobs for his community in the process. 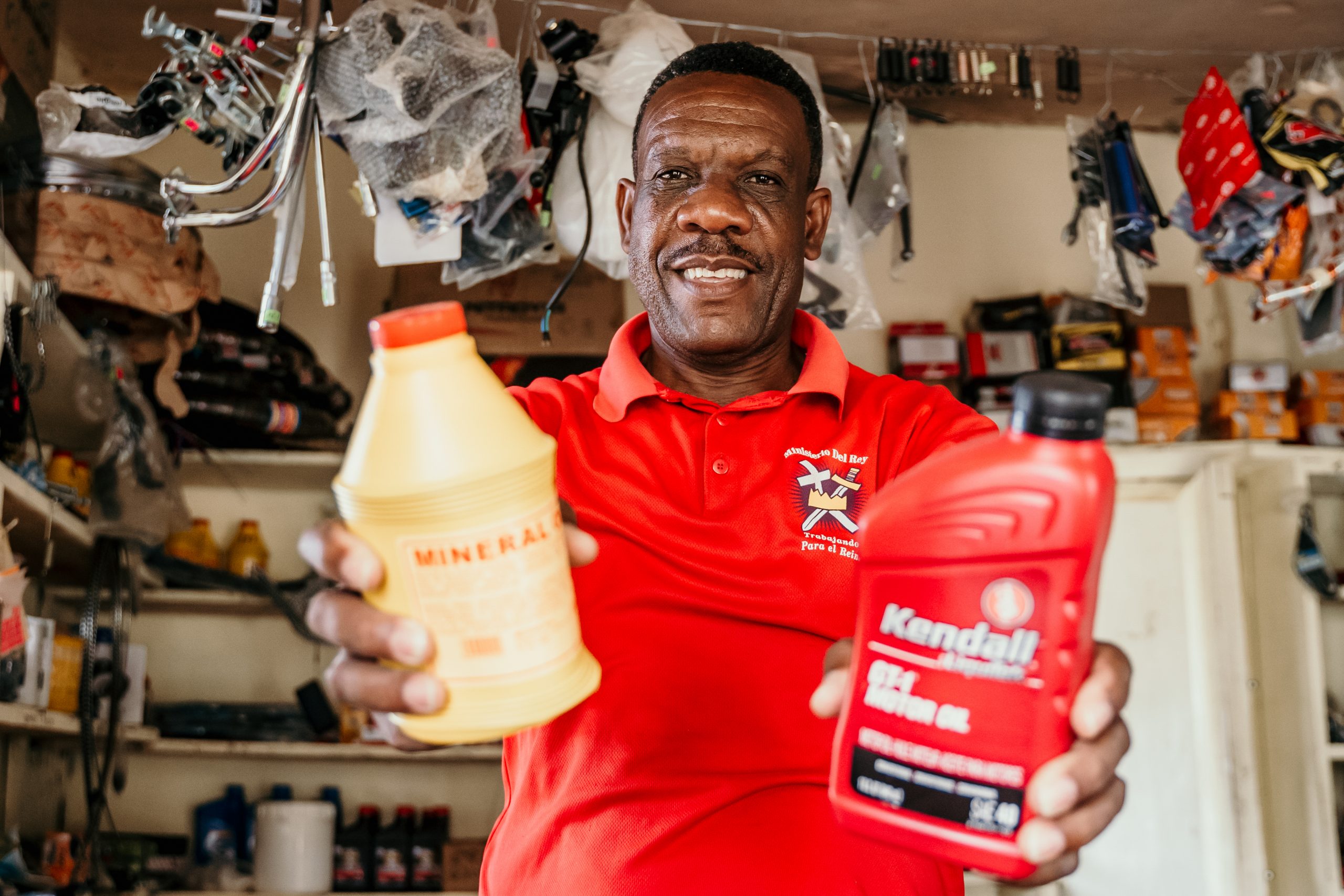 Jacobo in his car repair shop

In the 16 years since Jacobo joined Esperanza, dozens of other community members have started businesses—including his own daughter, Yasquina.

Because of Jacobo’s diligent savings over the years, Yasquina became the first person from Batey Margarita to attend university. Since then, her two brothers and eight other young people from the community have followed her example. After earning her medical degree, she returned to her hometown.

Yasquina dreamed of opening a medical clinic to serve her community, but when she arrived home, she faced a difficult reality—without resources or connections, she had no way to launch one.

From dream to reality

“I knew Esperanza through my parents, and I understood that [Esperanza] could support me with a loan,” Yasquina says. She took a loan of 5,000 pesos (less than $130 U.S.) and opened a beauty salon, which quickly became a thriving business. When the pandemic hit, forcing her salon to shut down, she pivoted to selling secondhand clothes online via social media.

Yasquina began to save and pursued further medical training on the side. Eventually, an outside ministry heard about Yasquina’s dream and helped build the clinic. With further loans from Esperanza, Yasquina bought equipment and made improvements to the new building. Today, she serves neighbors and patients from other bateyes several days a week. 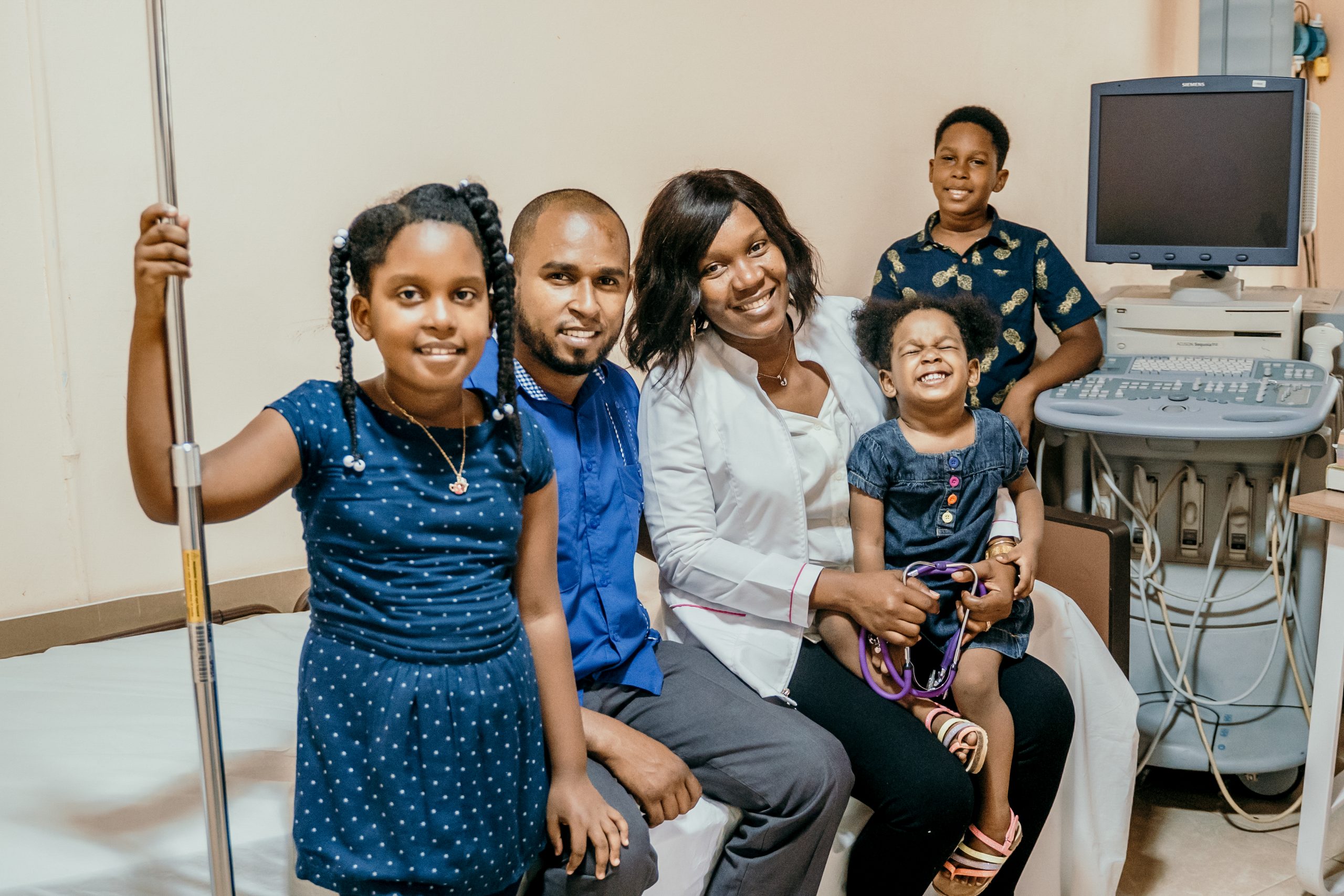 Yasquina and her family at her health clinic

Yasquina and Jacobo consider Esperanza to be part of their family’s legacy.

Yasquina says, “I am a doctor and a businesswoman. It’s what my dad taught me. He didn’t have training or a job at first. But he showed me how to be a businesswoman. … In the future, I want for my children to understand—as I do—that Esperanza is a part of my life … and already is a part of their life. I think that Esperanza is ‘hope,’ that is the perfect name for that bank.” 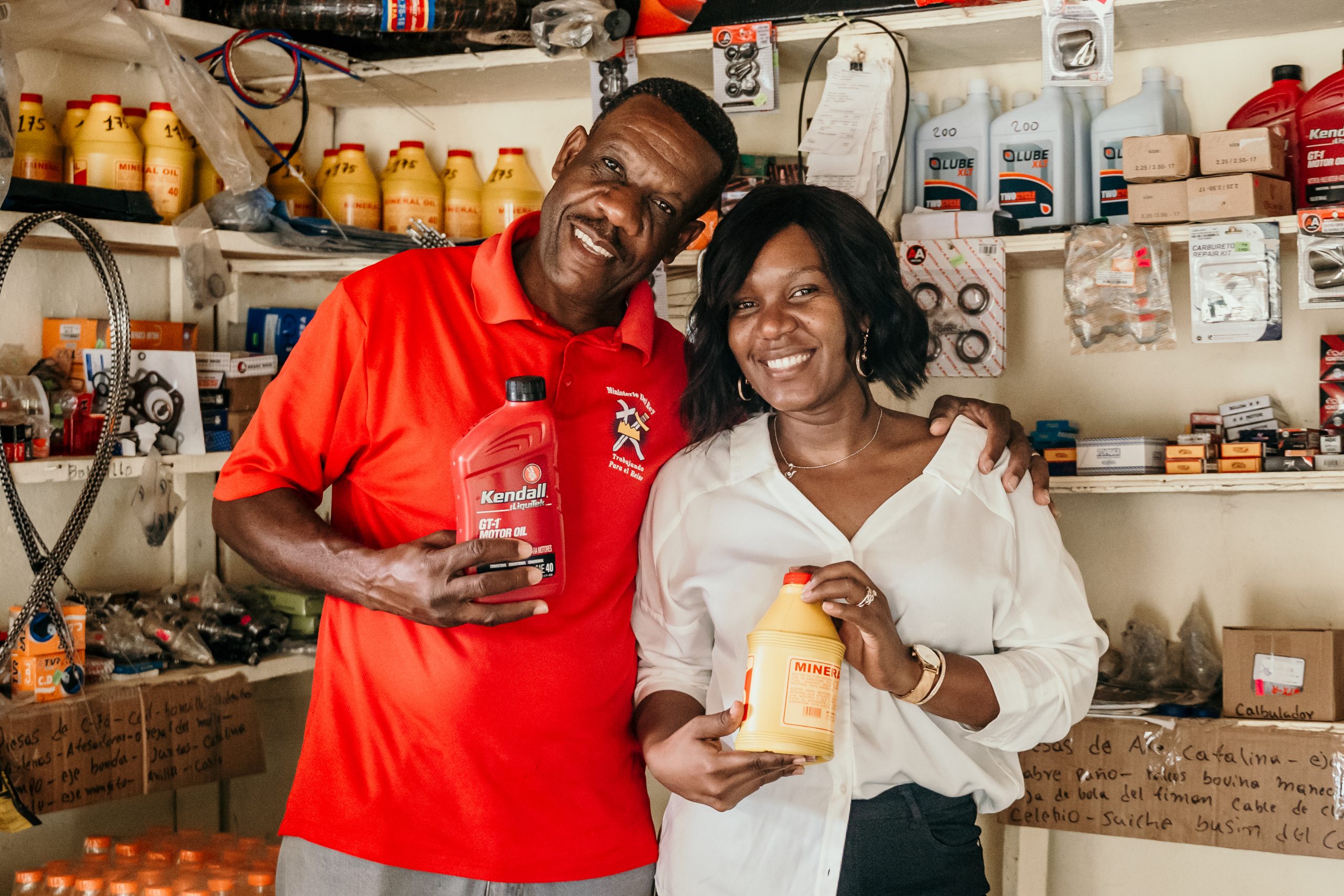 For another story from the Dominican Republic, meet Yissel, who used loans from Esperanza to open a salon that soon became a house of peace for her community. Or read the stories of other parents who are creating brighter futures for the next generation like Clarisa in Peru, who is teaching her children to save in her savings group, and Vincent in Rwanda, who is training up young builders through internships.